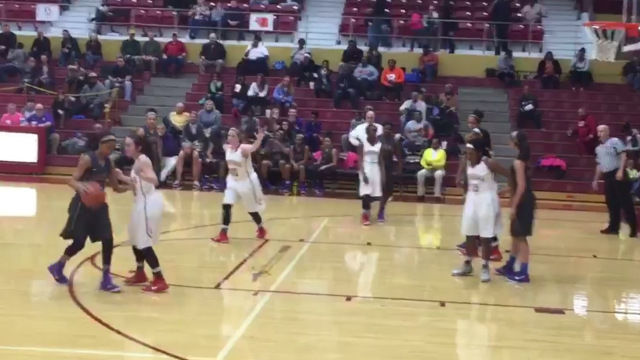 Tanking is not a new phenomenon in sports. As bad as it may sound to purists, professional teams have often lost games in the past in order to improve their positioning in an upcoming draft.

However, when it is done at the prep level, people seem to have a different reaction. As was the case Saturday when two high school girls basketball teams were captured on video intentionally trying to lose the same game.

The loser would placed in the opposite side of the Region 4-AAA from defending state and national champion Blackman High School. They wouldn’t meet Blackman until the region finals. Both region finalists would advance to the state sectionals.

Conversely, the winner would have faced Blackman in the semifinals, which is a loser out contest. That seems to be a prospect neither team wanted.

In the video, which was shot by basketball analyst Trevor Goodson, players can be seen to miss free throws on purpose, stand around on offense and give less than maximum effort.

Riverdale purposely missing FTs. Tanking to be on a certain side of the bracket. @girlpowher @PBevBallNPrep pic.twitter.com/lEPbYb2BaO

Smyrna trying to hand Riverdale the ball back. Intentionally getting called for a backcourt violation. pic.twitter.com/hkBPJIpEY7

Along with the report from the referees officiating that, that was enough for the Tennessee Secondary School Athletic Association on Monday to suspend both Rutherford County schools from the postseason, place them on restrictive probation by the high school association for the rest of the school year and probation for the 2015-16 school year and issue a fine of $1,500.

“It was hard to swallow,” Smyrna coach Shawn Middleton told the Tennessean. “It was hard to tell my three seniors that their season is over. That was the toughest moment of my life. I’m just numb. I don’t have a lot to say. I just want to say if anyone should be punished, it should be the coaches.”