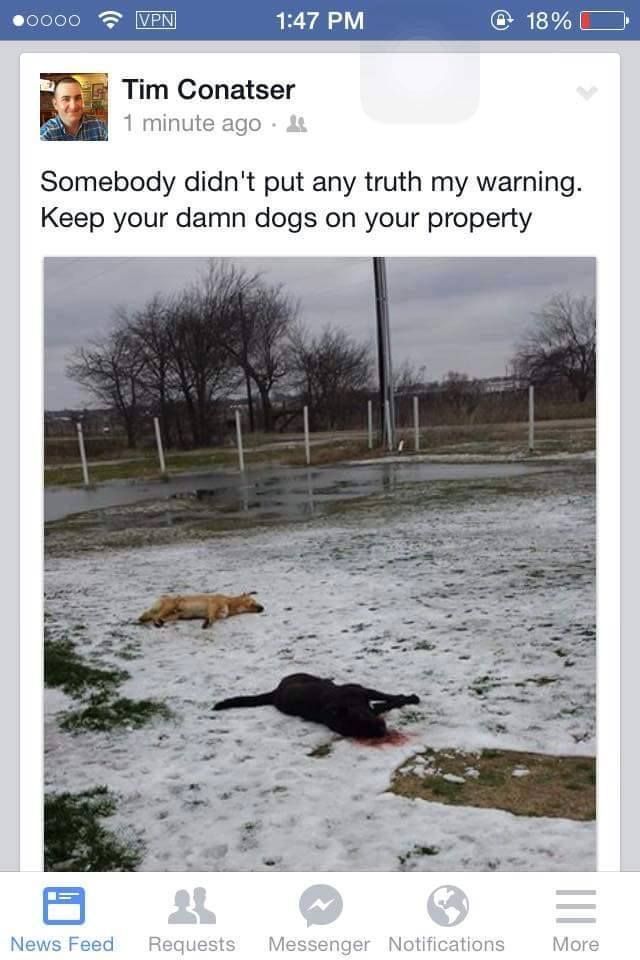 A Union Valley, Texas volunteer firefighter posted a photo Tuesday afternoon to his Facebook page, alleging to have killed two of his neighbor’s dogs.

“Somebody didn’t put any truth my warning [sic],” a screen shot of the Facebook caption reads. “Keep your damn dogs on your property.”

The Union Valley Fire Department said they do not condone the actions and they are removing the firefighter, identified as Tim Conatser in the Facebook post, from the department.

“As previously stated, we do not condone the recent actions of one of our firefighters,” Union Valley Volunteer Fire Department said on their Facebook page. “We are following our policy in removing him from our department. This is now a civil/criminal matter that we have no jurisdiction over. Please forward all concerns to local law enforcement and/or the SPCA.”

A call to the Union Valley Fire Department was not immediately returned.