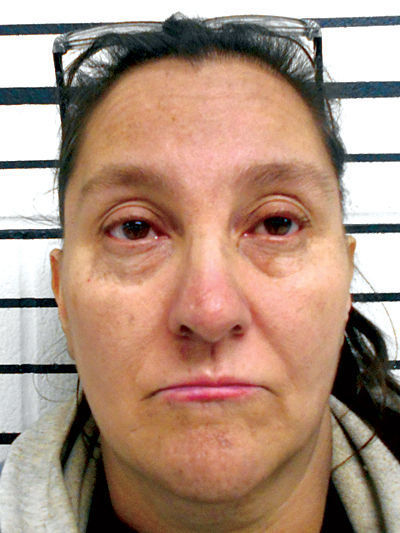 When an Oklahoma woman thought people were living in her attic, her solution to “burn’em out” led to a house fire Monday.

Enlow was dispatched around 8:45 p.m. to a home in Tahlequah, Oklahoma, where he found smoke filling the interior of the house. After Enlow rang the door bell a number of times, Neugin finally answered.

Enlow said he began ventilating the home by opening the front and rear doors. A portion of the garage floor had charred blankets and similar items strewn about and a large coffee can was still on fire.

Firefighters responded to take care of the blaze.

Neugin reportedly told deputies that she believed a man and his girlfriend had been living in her attic for about two weeks.

“When I asked Ms. Neugin what was going on, she stated she was trying to ‘smoke ‘em out,’” Enlow reported.

Enlow said he was unable to find anyone else in the home.

Neugin was arrested and taken to the Cherokee County Detention Center, where jail staff found plastic straws, several pieces of foil, and five small plastic bags on her person.  Two of the bags contained a white, crystal-like substance. That substance tested positive as methamphetamine, Enlow reported.

Booking records show Neugin remained at CCDC on Tuesday without a bond.