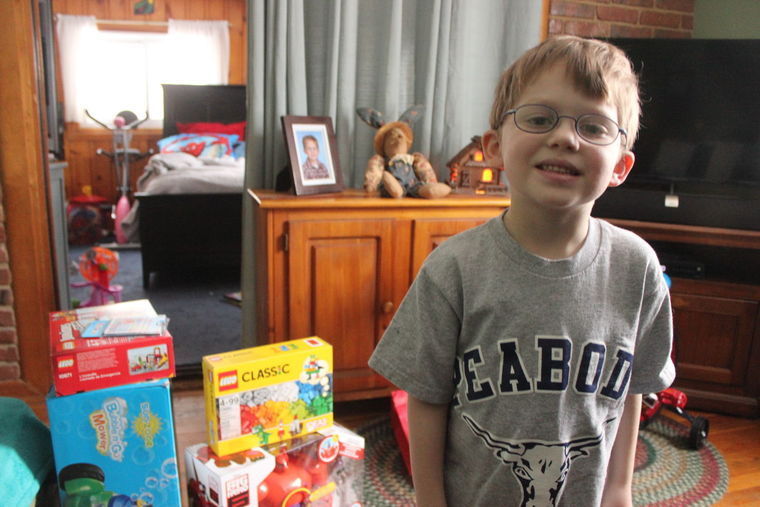 The birthday presents meant for 5-year-old Gage Desmond have been returned. Their loss turned into a minor cause after his mother Jessica Fratoni called The Salem News earlier this week to explain how the presents had gone astray after a friend put them into the wrong green Honda Pilot following Gage’s party at bowling alley on Sunday.

“I’m just so happy to have it back,” Fratoni said. “I cried again. I was so overwhelmed.”

The good news came Thursday morning. The family that owned the vehicle — they are asking to remain anonymous — reached out to Fratoni through the bowling alley.

At first they had not been aware of the packages in the back of their Honda, Fratoni said.

“They were on vacation skiing, and after a couple of days they noticed the extra bags in the back,” Fratoni said. “They had no idea where they came from.”

They soon noticed that they contained birthday cards, and learned about Gage’s lost presents through various media reports.

“It was very emotional,” Tavernese said of the moment they met with Fratoni and returned the gifts.

“It feels good,” he added. “I’m glad everything worked out.”

When the gifts came back, “Gage was so happy,” Fratoni said. “He was thrilled.” Some of what’s been returned was not replaceable, including the cards.

Gage’s story struck a a regional and even national nerve. Gage and his mom were interviewed by Boston media, and their experience was referenced on national television (“Live with Kelly and Michael,” for one). East Boston Saving Bank in Peabody held a birthday party for the 5-year-old. Meanwhile, several people, including the toy company Hasbro, expressed an interest in replacing the gifts.

There’s no need for that now. Fratoni had already been making arrangements for some donations to go to the Peabody Police Department. In fact, she’s looking to find a suitable place to send all the excess gifts, but remarkably that’s not as easy as sounds. Some charities are telling her they don’t need them. Others are particular about which gifts they accept.

Fratoni, who works at a local hospital as a mentor for children, is reaching out to Children’s Hospital to see if they might be interested.

“We’re going as fast as we can to get this out to children in need,” she said.

All this has had an impact on Gage, she added. Fratoni said he was understandably sad to learn that all his gifts had disappeared. But in the days since, his mother has read him the encouraging messages. Fratoni said she hopes the experience has taught her son “how caring the world can be.”