Lady Jets crush Albany Tech in first round of playoffs 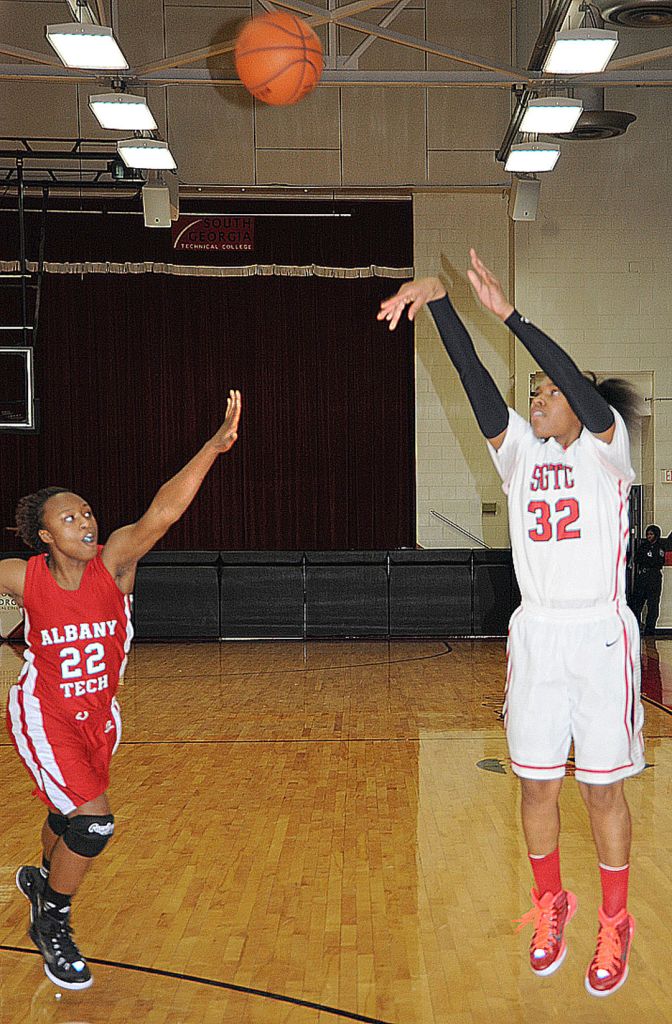 AMERICUS – The South Georgia Technical College Lady Jets captured an impressive 81-50 victory over Albany Tech in the first round of the National Junior College Athletic Association Region XVII playoffs on Feb. 24 in the Hangar on the SGTC Americus campus.

The GCAA regular season champion, the Darton College Lady Cavaliers defeated eighth-seeded Atlanta Metro 77–56 on Feb. 14 to secure their spot in the NJCAA Region XVII semi-finals. They will face fourth-seeded Georgia Highlands who captured a 65–58 win over Georgia Perimeter in Rome that same night.

The semi-final game was originally slated for 7:30, but the host team reversed the game times to take the 5:30 game. The Lady Jets will now face Central Georgia Tech at 7:30 p.m. The two winners of the semi-final round will play for the NJCAA Region XVII Championship Feb. 28 at 2 p.m. at Darton.

In the game against Albany Tech, four Lady Jets finished in double-figures. Freshman Cierra Bond was the top scorer with 16 points. She was followed by sophomore All-Conference first team player, TaQuandra Mike, who added 13 points. Another first team All-Conference sophomore, Alexis “Bre” Armstrong, scored 11 points and freshman Brittany Delva closed out the double-digit scoring with 10 points. Every member of the Lady Jets scored in that game. In addition to being the top scorer, Cierra Bond also was the leading rebounder with 15.

The Lady Jets scored first and took control of the game early on. They were up 40–21 at the half and continued to outscore Albany Tech 41–29 in the second half to capture the 81–50 first round NJCAA Region XVII victory.