Drones: The next big thing in wedding photography, or a tacky intrusion? 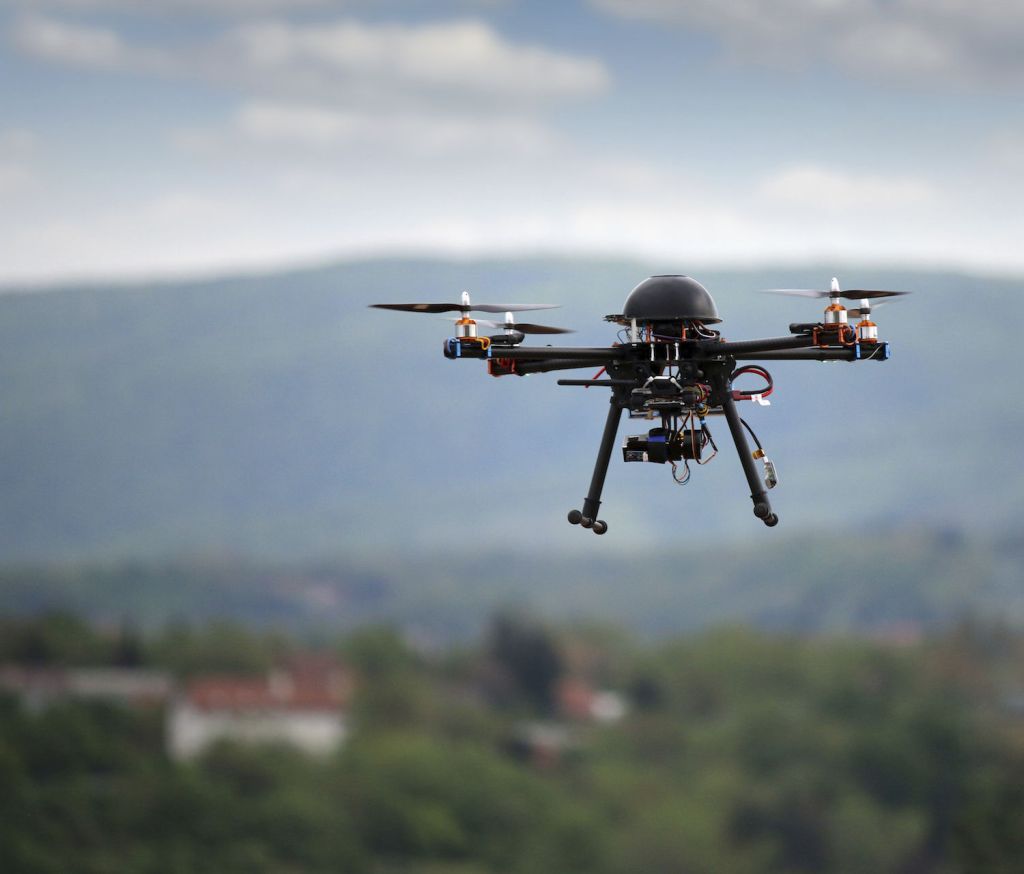 Inez Edwards had no clue what a drone was. But when the bride-to-be’s photographer suggested it as a way to get some stunning aerial photos of her outdoor wedding, Edwards was sold.

So in October, at a hotel in Washington, a drone buzzed overhead as she walked down the aisle.

“The drone captured every single person walking into the ceremony without them knowing,” Edwards said. “That was pretty cool.”

The couple and their photographer first experimented with the drone at rehearsal and found an altitude where it could hover so that the noise wouldn’t be a distraction. Edwards said she never heard the drone during the ceremony. Some guests told her afterward that the drone made them feel as if they were at a celebrity’s wedding.

Edwards and her husband are part of a budding trend. Drones outfitted with a camera are increasingly being used to document weddings as couples are drawn to the unique aerial perspective.

“Drones are definitely the hot topic in wedding photography and cinematography,” said cinematographer Justin Fone, who added that half his potential customers ask about aerial footage.

Fone, who began filming weddings 14 years ago, started using a drone last year. He has witnessed a technology arms race to record weddings.

“When we first started, it was just a camera and a tripod,” Fone said. “But now it’s a camera and tripod, a slider, a jib, a crane, aerial shots.”

Though drones are mostly used for outdoor work, photographer Chris Geiger actually had a couple ask him to use a drone to videotape their entire ceremony, which was held inside a church. But the ceremony was 30 minutes long: Geiger knew his battery wouldn’t last long enough and he was worried about the safety of it. So he turned them down.

“If there’s not an established area where I can crash, I’m kind of concerned with that,” Geiger said. He’s careful to note that he’s just experimenting with drone footage at weddings. He says there’s no charge for the use of the drone.

Although commercial drone operations are illegal without a Federal Aviation Administration exemption, that hasn’t stopped many businesses from using them, including wedding photographers across the country. So far, the FAA hasn’t levied much in the way of penalties for skirting its rules.

Many drone operators concede they are working in a legal gray area. They say they take precautions to fly safely, such as not flying directly over wedding guests.

He considers drones fantastic for getting establishing shots. He’ll arrive before a ceremony and shoot the facility before anyone arrives. Other operators use the devices only while music is playing, so attendees aren’t distracted by the bees-buzz sound of a drone. Others use the drone during the cocktail hour or position it behind the ceremony and rely on a zoom lens.

“In 10 years, I might just be shooting remotely from home with three drones hovering and shooting stationary and getting aerial shots as well,” Fone said. “I can see that happening.”

But not everyone is convinced that drones belong at weddings.

Illinois photographer Bruce Solko, who has shot weddings for 30 years, has a drone that he uses for real estate photography. But he refuses to fly it at weddings, saying it would be too distracting. Plus there are liability concerns, and he would need more manpower.

The drones-at-a-wedding trend “is going to be one of these things that will happen quick and will die quickly,” Solko said. “Brides are a different beast. Because when you screw up their wedding, you take away from their day, they’re going to be pissed.”