Q&A: Not all baby boomers want to retire 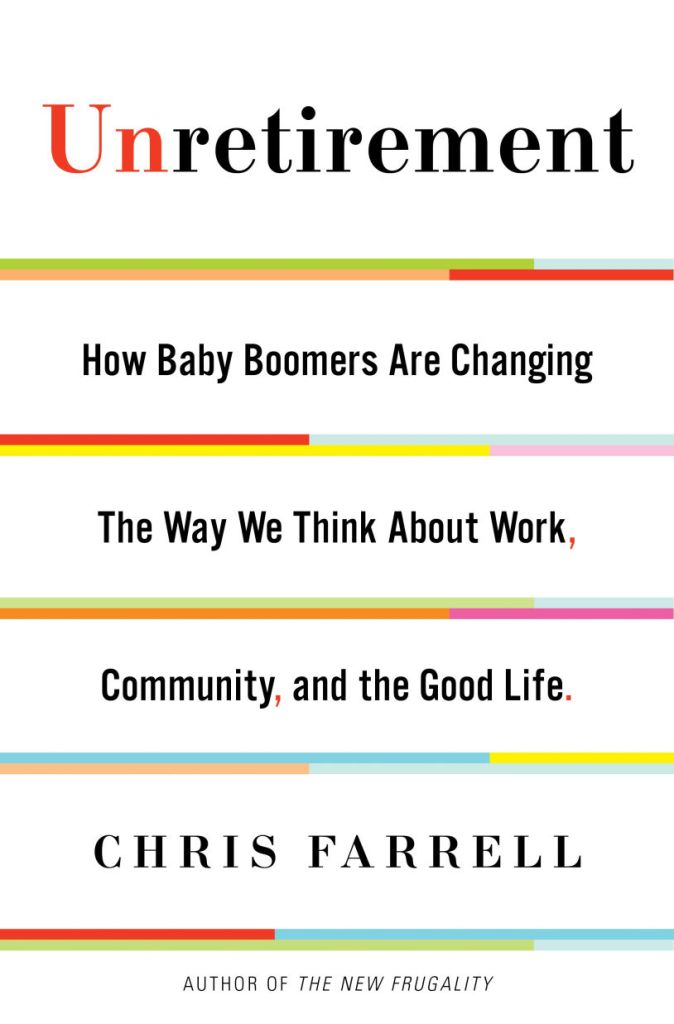 For generations, the dream retirement was one spent in warmer climates, on the beach and often walking distance from a golf course.

Chris Farrell, a senior economics contributor at Marketplace, is among those now laughing at the idea. Farrell, 61, is the author of “Unretirement: How Baby Boomers Are Changing the Way We Think About Work, Community and the Good Life.”

As people are living longer and in better health, they’re working longer, too. And opportunities for the 55 and up group are going way beyond the stereotypical part-time gig at the local supermarket, he says.

Farrell, who says he is still far from retirement, recently spoke with The Washington Post about the modern retirement. This has been edited for length and clarity.

Q. You say in your book that what scares people the most about getting older isn’t aging — it’s retirement. Why is that?

A. A lot of us haven’t saved enough for retirement, and we’re well aware of it. And I don’t think people haven’t saved enough because they couldn’t resist the mall or they just had to use that credit card. It’s expensive to educate kids and a lot of times people buy a house in a good neighborhood that they think will let them send their kids to a good public school. They spend a lot more than they want on their housing. Also, many private sector workers don’t have access to retirement savings plans at work.

So then the story is if you don’t have $1 million, your standard of living is going to come crashing down. Then the story that you’re going to have too few young people supporting too many older people. What my book is saying is I think this is fundamentally wrong. What people are doing instead is thinking: What does retirement mean? What does my last third of life mean?

When I would mention this 10 years ago, people would say “Great, so I’m going to be a greeter at Wal-mart.” Now when I mention it, people are saying “OK, tell me more.”

Q. So people are essentially more open to the idea that working later in life doesn’t have to be a bad thing?

A. That’s right. And there’s a couple of factors. If we were having this conversation in 1950, 1960, when the commanding heights of our economy were smokestacks America — fishing, farming, mining. When you became a senior, those jobs were hard jobs, hard on the body. Most of the time they were also hard on the mind because they were numbing. You were not supposed to use initiative. You were supposed to do the same thing over and over.

But today the commanding heights of our economy is social services, health care, information services. It’s much more practical to think about working longer if you’re working at a cubicle at a nonprofit. A medical diagnostics office. This older generation is well educated compared to the previous generations and their health and disabilities are less. And we are living longer. We are more receptive to this idea, and it’s much more practical.

Q. Does it still make sense for people to work throughout their careers and then have 20 years where they sit in rocking chairs and by the beach?

A. I think what a lot of people need is a sabbatical to sort of think about what to do next. People don’t want to walk away from their skills or knowledge. But they don’t necessarily want to work a 40- to 50-hour work week either.

So much of economics and finance is really storytelling. We have an image in our mind. My parents never moved to Florida or to a retirement community. But we could sit around and watch “Seinfeld,” and when he visits his parents down in Florida we laugh at that. We think it’s funny. But that’s one of the images we have of retirement.

What’s the image of working longer? We don’t really have that narrative.

Q. What is the single thing people can do to better prepare for retirement? Save more? Put it off for another year or two?

A. If you think about our whole discussion about retirement for the past 25 years, it’s really been dominated by the rise of the 401(k). So when we talk about retirement and preparing for retirement, it’s about how much do you have in stocks? How much do you have in bonds? Depending on what you save, what kind of withdrawal rate can you have? There’s all this discussion around asset allocation. And saving is important.

But if you’re in your mid 50s and you’re thinking about retirement, the most important question is not “What is my number?” — which has been the question. The question is, “What do I want to do next?” And it turns out that’s not obvious to a lot of people.

That’s where I think the sabbatical comes into play. The most valuable asset an older person has is their network. The people that they’ve known over the years. Tap into that and start exploring “What can I do next?”