Hey Boston, Alaska called. It wants its snow and cold weather back 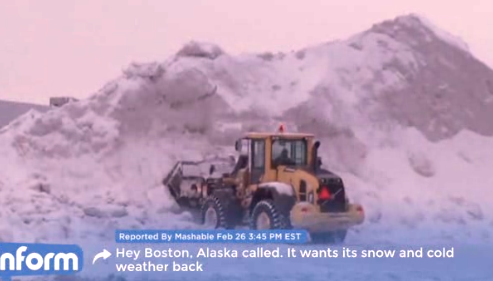 Starting sometime in December, the Alaskan winter packed up and left the state, like an indignant teenager running away from home. No one knew where it was headed until late January, when the Frontier State’s typical winter climate suddenly turned up more than three-thousand miles southeast, in southern New England.