Pentagon’s $55 billion mystery plane is secret, but debate on cost is appearing 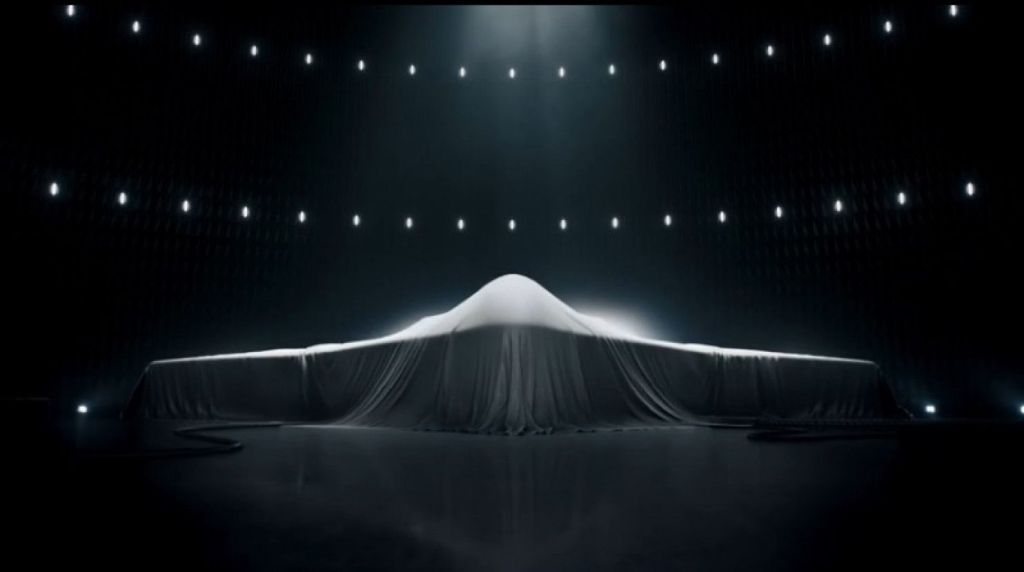 WASHINGTON – The closest it’s come to a public debut was a prime-time tease during a Super Bowl ad that showed its svelte outline veiled beneath a sheet, but revealed not a glimpse of the Pentagon’s most mysterious plane.

Highly classified, the program is one of the Air Force’s top priorities – and its most expensive. The service estimates it will cost $55 billion to build as many as 100 of what it calls the Long Range Strike Bomber, which is designed to fly deep into enemy territory undetected until the mushroom cloud begins to bloom.

In the coming months, the Air Force is expected to award a contract for the next-generation bomber, which would begin flying in the mid-2020s, have the potential to fly manned or unmanned and give the military the ability to hit any target “at any point on the globe.”

But that’s about all the Air Force will say about the program, which has been cloaked in a veil of secrecy rivaling the jet’s stealthy ability to creep past enemy lines.

With so little known about it, there is growing concern about the system’s cost. And given the Pentagon’s vast history of cost overruns on major weapons systems, experts worry that even though a contract has yet to be awarded, it is already facing the same troubling problems that have plagued other programs.

The Air Force has estimated each new bomber will cost $550 million, but that figure was set in 2010 without counting for inflation and is already five years outdated. It’s also significantly less than the cost of its predecessor, the B-2 bomber, and not that much more than some high-end commercial jets. Coming in at such a low price will be difficult, if not impossible, analysts said.

“I’m afraid they’re heading down a path here where they have set themselves up politically to not succeed,” said Todd Harrison, the director of defense budget studies at the Center for Strategic and Budgetary Assessments. “They’ve come out with these cost estimates that are surprisingly low, and they seem to be doubling down on the idea that they can build this bomber cheaper than the last one.”

The contract comes amid tightening budgets that are forcing the Defense Department to change the way it does business. In an effort to keep costs down, it has worked to increase competition and incite new companies typically averse to the headaches of government bureaucracy, to bid on contracts.

But while technology has disrupted industries from taxi service to the media and retail, the exceedingly complex combat aircraft industry has been immune from new players forcing change and efficiencies. There is no Uber for the Pentagon; Amazon.com has yet to record its first fighter jet sale.

Even space has seen startling innovation, driven in large part by a new class of young and feisty start-ups led by billionaire entrepreneurs. Elon Musk’s SpaceX, for example, has upended the space market, winning lucrative contracts to ferry cargo and astronauts to the International Space Station. It’s also fighting to compete to launch military satellites, which has been a virtual monopoly held by the United Launch Alliance, a joint venture of defense industry titans Lockheed Martin and Boeing.

Given the steep barriers to entry, it is not surprising that no one has disrupted the combat aircraft market, Harrison said. Unlike the space launch industry, which also flies commercial satellites, the market for combat aircraft is dominated by a single customer: the U.S. government.

The technical challenges are great, the costs high, the industry highly regulated. And barriers to exit are low: Lose one major contract and you could be out of an industry forever. All of which is why many companies have left the business but “nobody has entered the business of building aircraft since 1969 to any meaningful degree,” said Richard Aboulafia, an aerospace analyst with the Teal Group.

And so while Silicon Valley innovation and verve upends industry after industry, the companies vying for the bomber contract are the same stalwarts that have dominated military aviation for decades.

Northrop Grumman is facing off against Boeing, which has teamed up with Lockheed Martin for a competition that will involve three of the world’s largest defense contractors with decades-long legacies of building planes for the Pentagon, including Northrop’s B-2 bomber, Lockheed’s F-35 and F-22 and Boeing’s F/A-18 Super Hornet.

The new bomber will no doubt be a more advanced iteration of its predecessors – Pentagon officials have talked vaguely about how it is actually part of a “system,” indicating the program could involve more than just single aircraft.

But while the plane would be a step up, the process through which the Pentagon is buying them is virtually unchanged. And the Defense Department’s recent record of buying expensive, complicated weapons systems has been abysmal.

When it initially conceived of the B-2 bomber, the stealthy Batman-like plane, it planned on buying 132. Instead, with costs skyrocketing and the Cold War ending, it bought 21 for about $2 billion each.

The F-22 program was cut after 187 of the panes were built – far fewer than originally planned. And after costs doubled and President Barack Obama called it “an example of the procurement process gone amok,” the Pentagon killed the Marine One program, after spending $3.2 billion with no usable helicopters to show for it.

To those who have seen one troubled procurement program after another, it is a familiar script that begins with a promise of savings, rosy pledges of streamlined efficiency, of valuing modest improvements over radical redesign.

And then: “The money goes in and nothing comes out,” said John Pike, the director of GlobalSecurity.org, who calculated that the B-2 literally cost its weight in gold before the Pentagon slashed the program. “Everybody gets a promotion. The program implodes, and you have to start over.”

One of the few aspects of the bomber program the Air Force will talk about, however, is how it plans to keep the cost of the program down.

The service has “set affordable, achievable, realistic requirements balanced by cost considerations,” it said in a statement. It has pledged to guard against what’s known as “requirements creep,” where planners continue to add more bells and whistles to the program: The bomber, it said, “does not have to do everything.”

But many who closely monitor the Pentagon’s purchases aren’t buying it.

The estimated costs “are as close to meaningless numbers can be,” Pike said.

“I would go to Las Vegas and bet on cost overruns for this system,” said Hans Kristensen of the Federation of American Scientists.

The true costs of the program may be unknown. Some analysts believe the Pentagon has secretly pushed development further along than it has acknowledged, funding the bomber through its clandestine “black budget.”

Last summer, Jeremiah Gertler, a well-regarded military aviation expert with the Congressional Research Service, released a report that showed how funding for the program would increase more than 10-fold in a few years. That, he said, indicated that, “significant development has already been completed, presumably in classified budgets.”

With such a highly sensitive project, it is not unusual that the Pentagon would keep the new bomber so tightly under wraps, “making it harder for enemies to prepare and counter it,” said Loren Thompson, a defense consultant with the Lexington Institute.

But there’s another consequence as well: “It’s also harder for Congress to practice oversight,” he said. “And I wouldn’t discount the greater freedom from congressional oversight afforded by secrecy as a secondary motive.”

Still, the intense lobbying efforts by the companies has started to seep into public view.

Northrop offered a high-profile tease of its design with the Super Bowl ad that ran in Washington and Dayton (home to the Air Force contracting command). Lockheed executives recently told reporters that their experience making the F-35 makes them very well suited for the contract.

“That’s about all I can say about it,” Marillyn Hewson, the chief executive of Lockheed Martin, told investors recently after not really saying anything about it.

Whoever wins, the contract has the potential to reshuffle the industry. A loss for Northrop would mean it would no longer be the lead contractor on any military airplanes, and investors could try to force it to sell its military aviation business to Boeing, said Aboulafia, the aerospace consultant. A win would solidify its status as the premier bomber manufacturer, but that could also make it an attractive acquisition for Boeing, which then would be pushed out of the game.

Beyond the bomber, the industry’s prospects are hazy. The competition for the next fighter jet will not come for at least 20 years, but the players are likely to be the same. Possibly, minus one.