Man attempts burglary via skylight and rope at Georgia mall 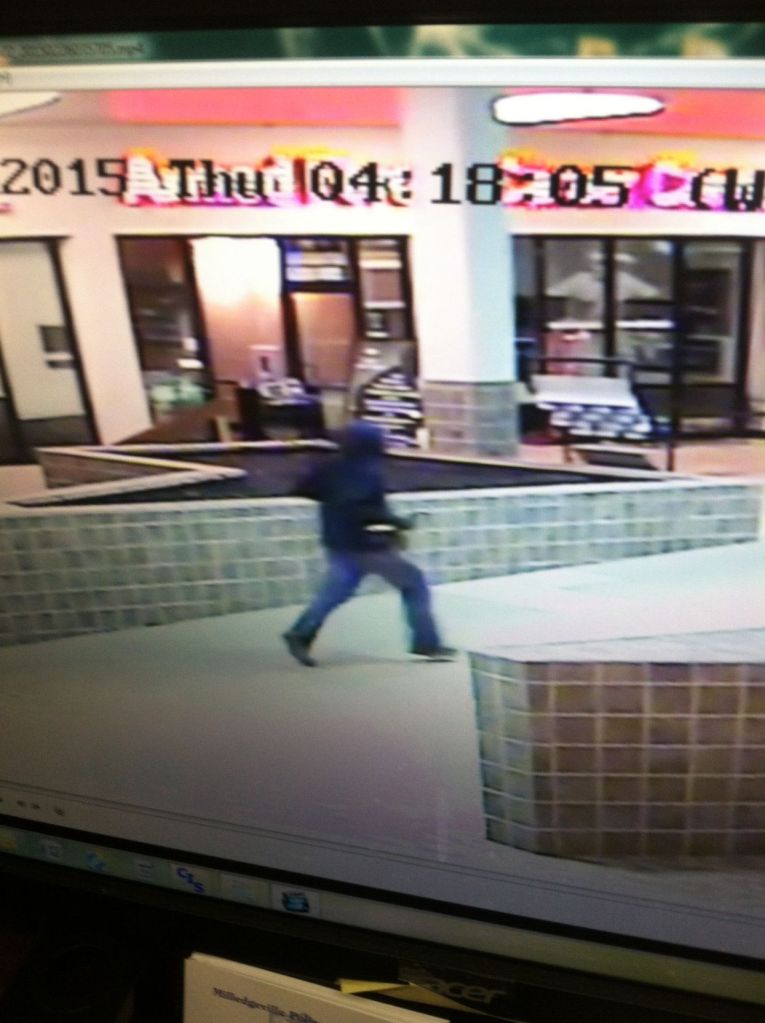 MILLEDGEVILLE, Ga.–Police are looking to identify a man caught on security surveillance entering a mall and attempting to burglarize a local jewelry store — Mission Impossible style — through a skylight by way of a makeshift rope.

Around 4:24 a.m. Thursday morning, officers from the Milledgeville Police Department (MPD) were called to Milledgeville Mall in response to an alarm sounding inside Kay Jewelers.

“Officers arrived on scene and began checking the entire outer perimeter of the mall for any signs of entry points,” said Maj. Reggie Hill, MPD criminal investigations commander. “An immediate check showed no signs of forced entry into the building.”

One of the officers who responded to the alarm call, Lt. Michael Hudson, attempted to call the store manager.

“Lt. Hudson notified dispatch to try and reach a key holder to the business. After several attempts, no key holder could be reached by police dispatch nor the alarm company,” Hill said.

At first glance, it appeared as if the alarm was falsely triggered, but further investigation into the incident proved otherwise.

“A police officer from the Milledgeville Police Department who was assigned to the mall reported to work at approximately 7:49 a.m.,” Hill said. “Upon opening up the mall, she immediately noticed a makeshift rope dangling from an open skylight.”

According to MPD Det. Scott Goodwin, the suspect can be seen in the video, sliding down a rope and “falling a few feet to the floor,”

Once inside the building, the suspect made his way to the store.

“After gathering his composure, he quickly heads toward Kay Jewelers and began cutting through the metal security gate. Fortunately for us, the alarm sounded and scared away the suspect,” Hill said.

The burglar appeared to be wearing blue jeans, a dark jacket and a mask.

Milledgeville Mall management staff declined to comment regarding the incident.