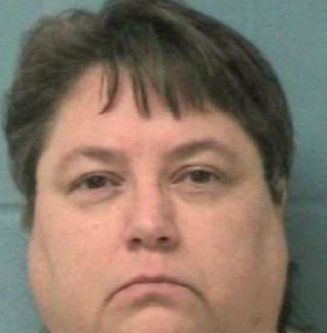 Officials in Georgia announced Tuesday that the state was indefinitely suspending executions while it tests the drugs that it had planned to use in an execution on Monday night.

The decision came a day after Georgia called off the execution of Kelly Renee Gissendaner, the only woman on the state’s death row, several hours after it was set to take place. This was the second time the state postponed her execution in less than a week. Gissendaner, who was convicted of murdering her husband nearly two decades ago, was originally set to be put to death last week, but officials pushed it to Monday due to a winter storm.

On Monday night, the Georgia Department of Corrections announced that it was postponing the execution because the lethal injection drug “appeared cloudy.” After a pharmacist was consulted, the execution was called off, and a new date was not announced.

The department said Tuesday it was indefinitely postponing the executions of Gissendaner and Brian Keith Terrell, who was scheduled to be executed next week for robbing and murdering a man in 2001, “while an analysis is conducted of the drugs” that were meant to be used Monday night.

No new dates were announced for the executions. Instead, the department said that when it “is prepared to proceed,” sentencing courts will issue new execution orders.

In a motion filed with the U.S. Supreme Court, Gissendaner’s attorneys described the uncertainty that swirled around the canceled execution Monday night.

Her attorneys say they were told at 10:25 p.m. on Monday by a lawyer for state authorities that the execution would be postponed for several days because of the “cloudy” drugs, only to be told five minutes later that prison officials were no longer sure which batch of drugs they had looked at and were possibly going to continue with the execution. The state’s lawyer said prison officials weren’t sure if they had viewed “this week’s or last week’s” drugs, the filing states, before calling again a short time later to say that they had decided not to go forward with the execution.

About half an hour later, corrections officials announced in a statement that they were calling off the execution due to the lethal injection drugs looking “cloudy.”

This is just the latest issue facing a state that uses lethal injection. In recent years, problems with lethal injection drugs have cropped up across the country. A shortage of these drugs has caused the dwindling number of states carrying out executions to scramble and improvise.

Three high-profile executions seemed to go awry last year, drawing additional scrutiny to this practice. The three-drug combination that had been typical has been replaced by a patchwork system, and the U.S. Supreme Court will hear a case in the spring involving lethal injection after justices questioned one of the drugs adopted in recent years by Oklahoma and Florida for executions.

As states have struggled to obtain the necessary drugs, some have also reworked their protocols multiple times. Ohio said earlier this year it was delaying all executions scheduled in 2015 to allow it to get new lethal injection drugs.

Gissendaner’s case had attracted increased attention due in part to her religious efforts inside of prison, as theologians and religious leaders called on the state to call off the execution. She also would have been the first female inmate executed in Georgia in 70 years and just the 16th woman put to death since the death penalty was reinstated in 1976.