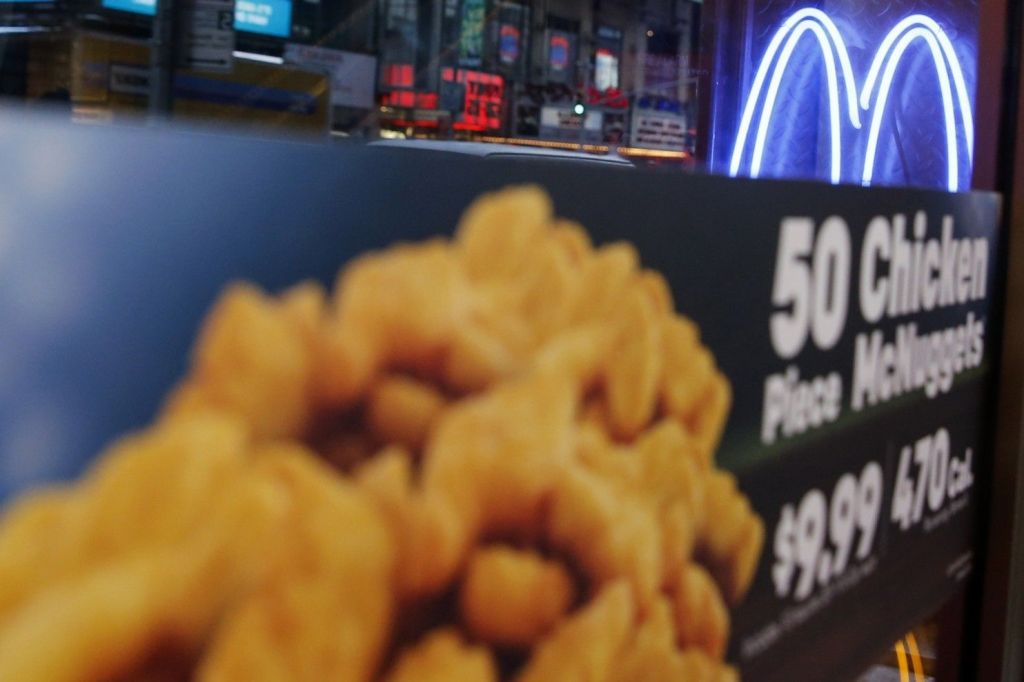 WASHINGTON — McDonald’s said on Wednesday that its fleet of 14,000 U.S. restaurants would move stop serving chicken raised with antibiotics “important to human medicine,” a significant change in food policy for the world’s largest fast-food chain.

McDonald’s said the move is an attempt to adapt to diners’ desire for healthier food. The company had one of its most challenging years in history in 2014 as consumers turned away from the brand, often in favor of fast-casual joints such as Chipotle which have long emphasized a commitment to serving only ethically-raised meat.

“Our customers want food that they feel great about eating — all the way from the farm to the restaurant — and these moves take a step toward better delivering on those expectations,” said McDonald’s U.S President Mike Andres in a statement.

McDonald’s says the new policy will be implemented across its U.S. supply chain within two years.

In the same announcement, McDonald’s said that it would this year begin offering milk jugs in its Happy Meals that contain milk from cows that have not been treated with the growth hormone rbST.

Public health advocates cheered the move, and some groups, including Keep Antibiotics Working, said it had been in “close dialogue” with McDonald’s about about its policy change.

“Antibiotic resistance is an urgent public health threat and the fast food industry has an important role to play in driving change, especially given the inability of Congress to address pressing problems and the weak response from the regulatory agencies,” said Steve Roach, senior analyst at Keep Antibiotics Working. “We hope McDonald’s new policy will inspire other companies to make similar changes to their meat supply.”

This is the latest in a series of recent attempts by McDonald’s to bring more transparency to how its food is made. The company has launched a series of digital films that is hosted by former “Mythbusters” co-host Grant Imahara to answer consumers questions about its menu items: How do you make the egg in the Egg McMuffin perfectly round? What exactly is in a Chicken McNugget?

It’s not clear whether these videos did much to bolster McDonald’s image. For example, one showed that there were 19 ingredients in McDonald’s fries, a long list that included a kind of “anti-foaming agent.” Critics said that might not exactly be reassuring to diners looking for simple, natural foods.

In its most recent quarter, McDonald’s saw traffic fall in all its major markets across the globe and its profit nosedived 21 percent.

To be sure, McDonald’s recent business woes are about more than the perception that it does not serve healthy food. For example, executives have said its menu had become so bloated and complicated that it was slowing down wait times at drive-thru windows, and in turn, alienating customers.

After the rough year, chief executive Don Thompson announced in January that he would retire. He was replaced by Steven Easterbrook.

McDonald’s follows other chain restaurants in making a commitment to serve ethically-sourced food in response to customer demand, including Chick-fil-A and Panera Bread.