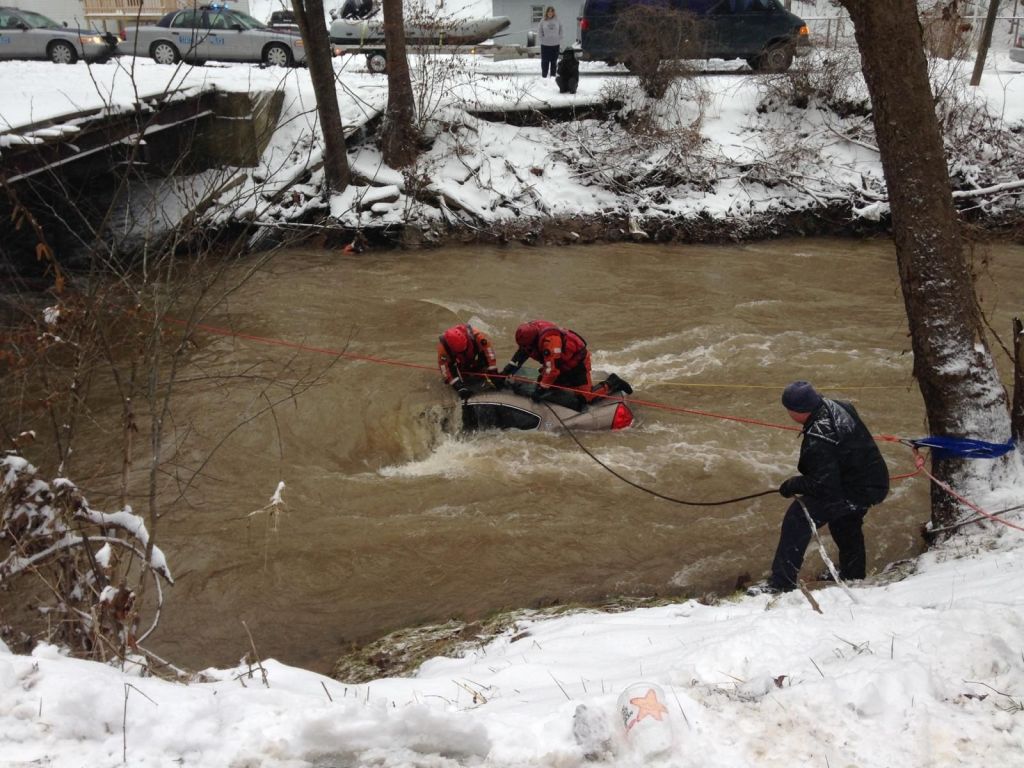 DAVENPORT, Va. — Flooding caused by heavy rain and snow has claimed at least one life in the middle of Appalachia.

The Virginia State Police Search and Rescue Team recovered both a vehicle and its passenger from the Russell Fork River Thursday evening.

The region has been hit hard by recent weather with West Virginia Gov. Earl Ray Tomblin declaring a state of emergency on Wednesday evening and flooding continuing throughout the area.

The missing passenger, Randy O’Quinn, 60, of Haysi, Virginia was in the 2007 Chevrolet Impala when the driver attempted to steer the vehicle through highway flood water.  The car began to float and its driver escaped but the passenger was swept away with the vehicle into the Russell Fork River.

Buchanan County sheriff’s deputies as well as the State Police SRT searched for the vehicle through the early morning hours on Thursday. By mid-morning, the waters had receded enough for the emergency responders to locate the vehicle. At about 5 p.m., the SRT divers were able to reach the vehicle and found O’Quinn’s body inside.

In addition to heavy rain and snow ice jams, buildup of ice and debris that restricts the flow of water within a river or stream, have also increased the flooding, blocking roads and damaging water lines.

Flood warnings remain in effect for parts of Virginia, West Virginia and across Kentucky.

The Times West Virginian and the Bluefield (W. Va.) Daily Telegraph contributed to this story.