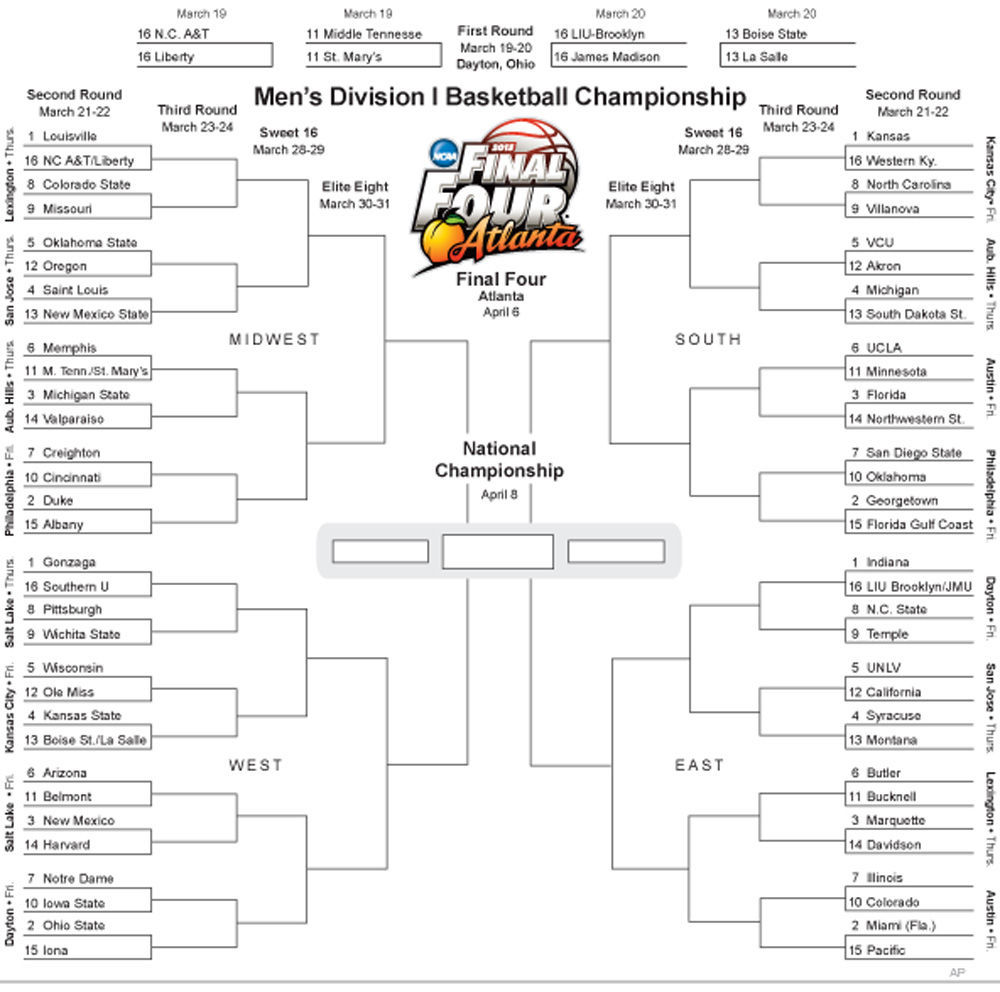 NEW YORK — Basketball courts aren’t the only place for action when the NCAA championships begin later month. Buffalo Wild Wings and Domino’s Pizza are among companies that could ride the fan frenzy that accompanies this annual three-week spring sports obsession.

Shares of Buffalo Wild Wings have outpaced the Standard & Poor’s 500 Index by an average of 5.8 percentage points each March in the past 10 years. The Minneapolis-based chain, which has a sponsorship partnership with the National Collegiate Athletic Association, led the broader market by almost 2 percentage points last March.

Buffalo Wild Wings is “poised for continued growth” heading into an historically “dynamite” period and on the heels of a 2 percentage point outperformance year-to-date, he said, adding that his company has owned the stock for about two years.

The sports-themed restaurants are buoyed by “great momentum going into the tournament” Chief Executive Officer Sally Smith said in a telephone interview. The company has its own goal: to beat last year’s chicken wings sales of about 94 million during March Madness. Even after a 3 percent menu price increase in November, same-restaurant sales are up year-to-date and managers will keep daily tabs on traffic and sales trends throughout the three-week event, she added.

Many locations will be at capacity for the tournament games that begin March 19, with some fans even lining up an hour in advance, Smith said. “During those first four days of March Madness, the match-ups are almost immaterial because people just love college basketball.”

Fans at home could also boost sales for Domino’s, said David Yucius, portfolio manager at New York-based Lebenthal Asset Management, who helps oversee more than $1 billion in assets. Shares of the Ann Arbor, Michigan-based company are “doing really well,” outpacing the S&P 500 by 7.7 percentage points year-to-date, even as results for other publicly-traded restaurants have been “spotty” in recent months.

This stock hasn’t been as consistent a March performer as Buffalo Wild Wings — it’s posted average relative gains of 2.2 percentage points in March the last 10 years, but trailed the market by 3.3 percentage points last March. Yucius and his colleagues bought it about a year ago because the company has invested heavily in technology to make it easier to order food online or via mobile applications, he said.

While other businesses could see a tournament-related boost — beer makers and apparel manufacturers come to mind — bars and restaurants tend to dominate attention, Bertelsen said.

That seems justified as retail sales for food-service and drinking places have risen an average of 5.1 percent in March from the same month the year before going back to 2000, according to figures from the Commerce Department. That compares with average gains of 4.8 percent during the remaining 11 months of the year.

Shares of companies that advertised heavily during the 2014 tournament also may have benefited partly from the event. Capital One Financial, Anheuser-Busch InBev, Southwest Airlines, AT&T and Allstate were the top five advertisers last year, according to Nielsen NV, the New York- based company that tracks television ratings.

Their stocks outpaced the S&P 500 Index by an average of 4.3 percentage points last March and four of the five had stronger relative gains than their prior 10-year average for that month.

Sports enthusiasts who drive sales — and ultimately stock gains — for some businesses, may do so at the expense of their employers. The cost to U.S. companies is about $2 billion for every hour workers spend watching, researching or talking about basketball during the tournament, according to calculations by Challenger, Gray & Christmas Inc.

The first week is “particularly hazardous” to output because there are dozens of weekday games, said John Challenger, chief executive officer of the Chicago-based human-resources consulting company.

Still, many employees won’t need to hide their obsession as they’re emboldened by a stronger labor market, Challenger said. Nonfarm hiring averaged 292,800 a month in September through February, the biggest six-month average since 2000, based on data released today by the Department of Labor. “Today’s report further solidifies the notion that this economy is heading in the right direction,” he said.

Some executives will even play along because sacrificing a short-term productivity dip could boost morale, retention and make work “a little more fun,” Challenger said, adding that his company has an office-wide pool that’s free to join and the winner usually gets a gift certificate or gift card.

That’s the case at Seurat Group, where employees are encouraged to fill out brackets for an office-wide pool. Participation offers a “unique” opportunity to imbue a social aspect into the workplace as the benefits of bolstering camaraderie outweigh any potential costs, said Mike Urness, a managing partner of the privately-held consulting company based in Norwalk, Connecticut.

As a self-described “huge fan,” Urness has been known to slip out a little early to catch a game on television: “I can totally relate to the idea of lost productivity, but I don’t worry about that as a business owner.”

Patrons who linger over lunch will be welcomed at Buffalo Wild Wings’ 1,080 locations, as the company is gearing up with limited-time menus and a daily, in-restaurant sports competition, Smith said.

“March Madness is one of our very favorite times of the year.”

Mother gets jail time for letting kids live in…