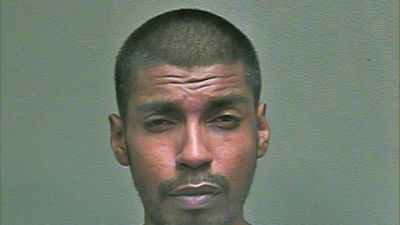 After being held for seven months in an Oklahoma jail, Zohaib Sahibzada Dastgir was released Friday when a rape case against him was dismissed after the alleged victim failed to appear in court.

Dastgir, 29, of Oklahoma City, was charged with three counts of first-degree rape, two counts of forcible sodomy and one count of kidnapping July 31 of 2014.

All charges were dismissed Friday morning after a scheduled preliminary hearing in Cleveland County District Court. Special District Judge Michael Tupper dismissed the case after the complaining witness, who was under subpoena, failed to appear for the second time, court records show.

A summary order filed Friday states Dastgir had been incarcerated for more than seven months. The case was dismissed without prejudice and Dastgir was ordered released.

Dastgir was charged with the crimes after a woman said she had been brutally raped and kidnapped for four days, according to an affidavit filed with charges. Upon escape, she called 911 and Dastgir was arrested.

The woman told detectives she had been texting Dastgir, wanting to get away from her terminally ill mother, so he picked her up and took her to his apartment, the affidavit said.

The woman said Dastgir gave her a Xanax and three Percocets as they talked and drank at his apartment, and he later told her to take off her clothes and lay on the bed. The woman said she repeatedly told him she didn’t want to, but after making her lay on her belly he forced himself on her, the document states.

After several attempts to get him to stop, Dastgir backhanded her in the face, according to the affidavit. Detectives noted that the woman had bruising and redness to her eye and face.

The woman said she then got on the computer to text, but after Dastgir saw the messages, he got mad and told her, “I will make sure you don’t look good for another guy,” the affidavit said.

The document states Dastgir then knocked her down, cut her hair with a butcher knife, and took her into the bathroom. He tied her wrists with speaker wire and her feet with a white, cloth belt and left her in the bathroom for the rest of the night.

The felony charges state Dastgir raped the woman throughout the week.

She told detectives that in the days following, he put her in the back of his SUV while he ran errands. Her wrists remained tied and her feet were tied with a seat belt as he buckled her lying face down with a seat belt, the affidavit said.

When she was finally able to escape the vehicle she ran into a business to call 911, records show.

The affidavit states that probable cause for Dastgir’s arrest existed at the time of the arrest.

Judge Tupper set Dastgir’s bond at $50,000 on July 31 with orders to not contact the woman and ordered Dastgir to turn over his passport to the court upon his vehicle being released from impound, records show.

A bench warrant was issued for Dastgir on Aug. 4 after he failed to comply with the judges orders.

Records show the court received information from Oklahoma City Police Department and the Department of Homeland Security that Dastgir had booked a flight for Qatar. Since he failed to surrender his passport and posed a flight risk, Dastgir was ordered to be held without bond.

After a motion hearing to reduce bond in September, the court set bond at $2 million. The bond was set under the conditions that Dastgir surrender all passports to the court, could not retrieve any property held in the impound vehicle, could not leave the state of Oklahoma and comply with rules of a Pretrial Release supervision program and electronic monitoring, records show.

Records show Dastgir never posted bond and had remained in jail since his bench warrant issued in August.