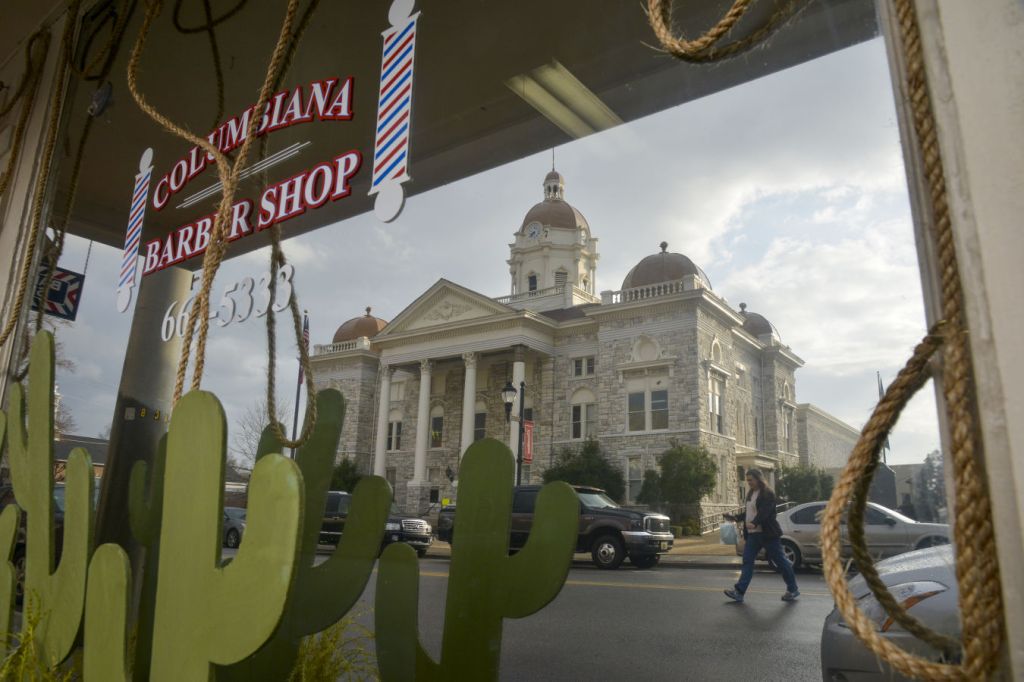 A case heard in the Shelby County (Ala.) Courthouse, shown here on March 3, led to the U.S. Supreme Court decision to strike down part of the 1965 Voting Rights Act in June 2013. Shelby County clergy members are planning a protest march this summer to mark the second anniversary of the ruling.