From nuclear reactors to fish farms, Jellyfish are wreaking havoc 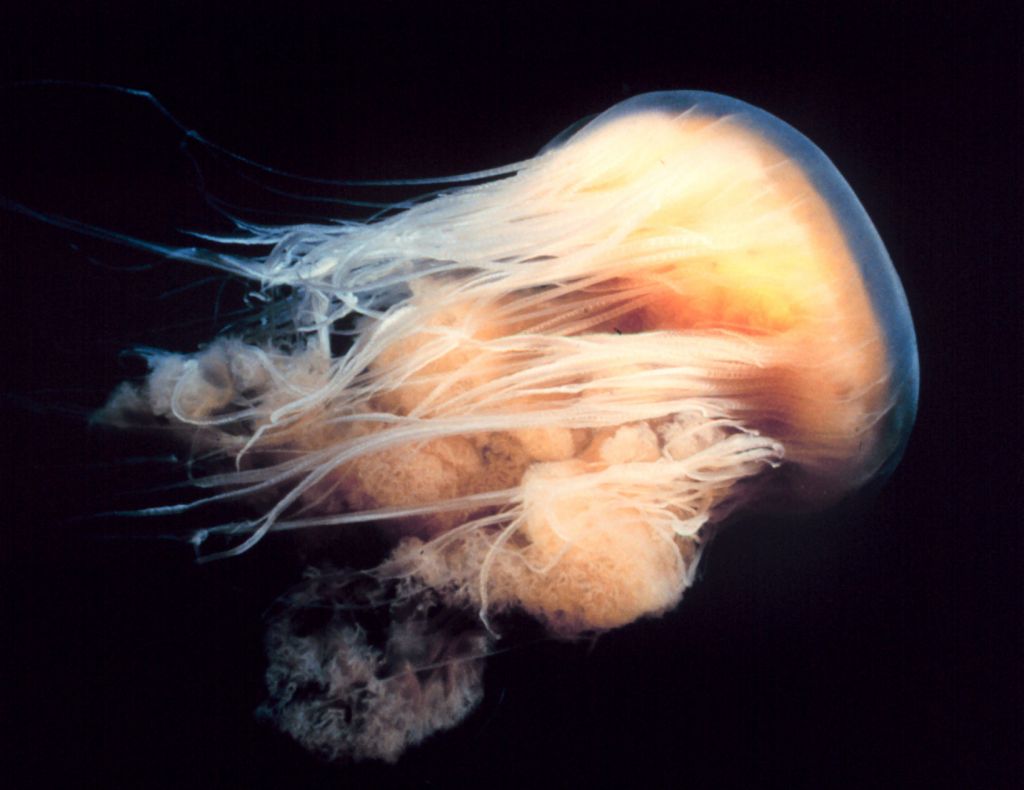 As the oceans get warmer, jellyfish are causing pain beyond their sting.

The marine animals have shut down power plants from Sweden to the United States while killing thousands of farmed fish in pens held off the coast of Britain. GPS devices normally used to track the behavior of house cats were attached to 18 barrel-jellyfish off the coast of northern France. The study upended previous assumptions about their movement.

Climate change may be one reason more jellyfish are congregating in large numbers known as blooms, which can encompass millions of the creatures over tens of kilometers. Researchers are seeking to develop a system, akin to weather forecasting, to help predict their movement and prevent fish deaths, such as the loss of 300,000 salmon off Scotland last year, or power outages that shut a Swedish nuclear plant in 2013.

“Jellyfish blooms may be increasing as a result of climate change and overfishing,” Graeme Hays, the leader of the group from Deakin University in Australia and Swansea University in Britain that did the research, said by phone Jan. 28. “They have a lot of negative impacts — clogging power station intakes, stinging people and killing fish in farms.”

The study was conducted in 2011 with results published online in January by the journal Current Biology. Hays plans to replicate the work in Tasmania, Australia, where salmon farming is an industry valued at about A$550 million ($430 million) a year.

Combined land and ocean surface temperatures have warmed 0.85 of a degree Celsius since 1880, according to the Intergovernmental Panel on Climate Change, a group established in 1988 by the United Nations Environment Programme and the World Meteorological Organization to review information relevant to climate change. Global warming is “unequivocal” and many observed changes since the 1950s are “unprecedented over decades to millennia,” it said in a 2014 report.

“Warmer water is a dream come true for jellyfish,” Lisa-ann Gershwin, a marine scientist who has studied the creatures for about 25 years and author of “Stung!: On Jellyfish Blooms and the Future of the Ocean,” said by phone Feb. 4. “It amps up their metabolism so they grow faster, eat more, breed more and live longer.”

A bloom of jellyfish from the genus Aurelia, known as Moon Jelly, that can grow as large as 40 centimeters (16 inches) in diameter, shut Sweden’s biggest nuclear reactor on the Baltic coast for two days in 2013 after blocking the cooling water inlet. The creatures caused similar outages in the U.S., Japan and Scotland, including at Electricite de France SA’s Torness plant in 2011.

“It’s a very rare phenomenon and on average has affected us only once every ten years,” Sue Fletcher, a spokeswoman for EDF, said by email Feb. 6.

While local fisherman helped EDF clear the jellyfish that halted Torness, power plants employ a number of methods to try and stop marine creatures. Diablo Canyon, a nuclear station on the California coast operated by PG&E Corp., has automated screens that remove the animals at the intake, and can deploy an air bubble curtain system to disperse and deflect incoming hordes, the company said in an e-mail Feb. 20.

The lack of long-term data makes it difficult to conclude if blooms are increasing as oceans warm, according to scientists Hays and Gershwin. While more study is required, jellyfish continue to disrupt operations, contributing to the death of salmon at a Loch Duart farm off Scotland in November.

“Once the bloom is at the net, you’ve really got a problem,” Nick Joy, the managing director of Loch Duart, which lost almost 20 percent of its stock after a horde of Pelagia noctiluca invaded pens and stung the fish, said by phone Feb. 13. “A prediction system would be as useful to us as a weather forecast, it would be crucial.”

Jellyfish of various sizes affect aquatic farms. Smaller creatures can slip through the mesh of a pen and clog or sting gills, while larger animals can push up against a net and restrict the flow of water, starving the fish of oxygen, Marine Harvest, the world’s largest grower, said by email Feb. 14.

The research group that monitored the barrel-jellyfish off France established that the marine creatures can swim against the current, rather than drift passively, providing an insight into how they form blooms, according to Deakin University’s Hays. Further study is required to determine if this is a feature of all, or only some species, Hays said.

The ocean globally will continue to warm during the 21st century and marine organisms will face progressively lower oxygen levels, the U.N. panel said in its report. Jellyfish have the ability to store oxygen in their tissue, allowing them to survive in a deficient environment, according to Gershwin, director of the Australian Marine Stinger Advisory Services.

“Blooms are our best visible indicator that something is wrong with the ocean,” she said. “Stinging is the least of our worries.”