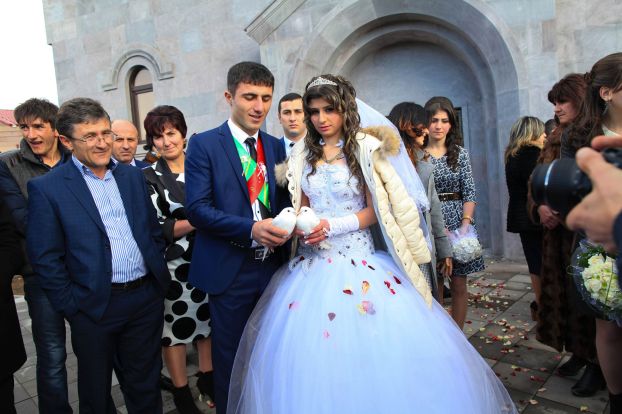 It’s well-established that, with some exceptions, married people live longer and healthier lives than unmarried people. But until recently, researchers hadn’t conducted a very thorough examination of how well a marriage survives when one partner becomes seriously ill.

The results of that effort probably won’t cheer anyone — least of all women. When a wife falls ill, there is a 6 percent greater chance that a later-life marriage will end in divorce than there is if she remains healthy. When a husband becomes sick, there is no impact on the odds that the couple will divorce.

Now, as you call your friends with yet another example of what jerks we men are, (more on that later), keep in mind that the data don’t tell us which partner initiated the breakup, and the study of 2,701 marriages of people 51 and older did not ask them why they split. Also, as the Huffington Post points out, in younger couples, work-related health problems among men are linked to a greater chance of divorce.

The new research “is not a comment on either gender’s character,” said Amelia Karraker, an assistant professor of human development and family studies at Iowa State University, the lead author of the paper and, I hasten to note, a woman. She acknowledged, however, that “the findings are, on their face, discouraging.”

Writing in the current issue of the Journal of Health and Social Behavior, Karraker and colleague Kenzie Latham concluded that “married women diagnosed with a serious health condition may find themselves at increased risk of divorce and may have to manage disease sequelae while experiencing the stressors associated with divorce. These women may be particularly vulnerable for further health declines considering the negative health consequences associated with marital dissolution.”

The two used data on marriages from 1992 to 2010, collected by the Health and Retirement Study at the University of Michigan. They chose cancer, heart disease, lung disease and stroke as the four serious illnesses to examine because they are common in people of that age. There were no same-sex marriages in the population.

A couple’s income and race had no impact on the divorce rate later in life, though Karraker cautioned that the sample may have been too small to bring out those differences. Other research has shown that poor people are more likely to become sick and more likely to become divorced. Nor did the type of disease significantly affect the divorce rate.

So why does a sick wife increase the chances of divorce? Karraker has a couple of theories. “We know that when married people get sick, spouses are most likely to give care,” she said. “Caregiving is really stressful for the person who is doing it. There’s a large body of literature that shows that caregiving is really bad for your physical health and psychological health.”

Men, she said, get sick more frequently and most likely haven’t been socialized to be caregivers the way many women have. So a wife’s serious illness sets up a situation in which the caregiver is unhappy about the task, and the recipient may not be thrilled with the quality of the care provided, Karraker said.

Another theory, about “marriage markets,” won’t make any man’s day. Because women live years longer than men, the pool of available older single women is much greater than the pool of single older men. That may tempt a man with a seriously ill wife to think about divorce, Karraker said.

She also said that people who endure serious illnesses often take stock of their lives. In surveys, women generally express more dissatisfaction with their marriages than men do, and may be motivated by serious illness to do something about the union, especially if they have children to help provide care.

Karraker said she hopes the study will broaden the thinking on the way illness affects entire families, not just individuals.