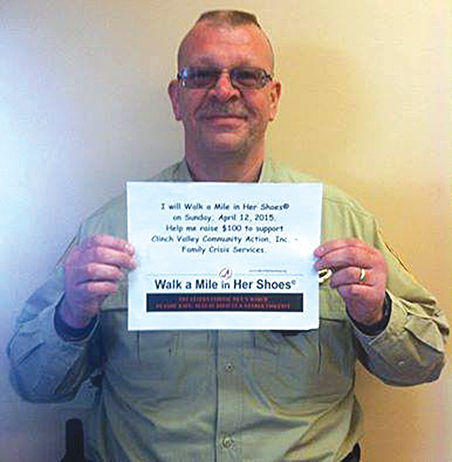 Major Harold Heatley of the Tazewell Sheriff’s Department is trying to raise $2,000 for the Walk a Mile in Her Shoes campaign by April 12.

“I thought this would be a great way to raise awareness about sexual assault in our communities,” Heatley told the Bluefield (W. Va.) Daily Telegraph.

Heatley has offered to not only wear women’s shoes for the walk, but to also fully dress like a woman if he reaches his goal.

“The goal is $100 for each man that’s walking. I thought I’d go a little over that and see what I could do,” Heatley said.