75-year-old woman fends off rabid raccoon by strangling it 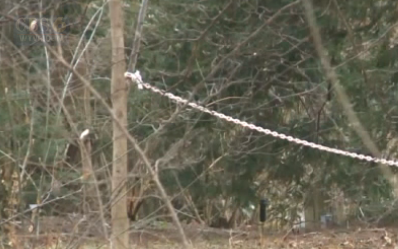 A volunteer at a Virginia nature center is recovering after being attacked by a rabid raccoon over the weekend while birdwatching.

Class Overton, 75, was walking along a foot path at Lewis Ginter Botanical Garden in Richmond when the raccoon ran out of a patch of nearby woods and began to scratch and claw her leg.

“I tried to shake it off and realized how violent it was,” Overton told the Richmond Times-Dispatch. “As I moved backward away from it, I grabbed its neck and I knew that I couldn’t get away from it…So I threw it to the ground and I strangled it — with both hands.”

Overton then called the nature center’s front desk, and staff members called 911. Overton was taken to a nearby hospital where she received the first of several shots to prevent a rabies infection. Lab test results on the raccoon confirmed that it had rabies.

“I am a terrific animal lover,” Overton said, “but you know, self-preservation kicks in, and I guess a primitive part of my brain just went into operation and that was it.”

A spokesperson for the nature center said the path where Overton was attacked would be closed temporarily to allow staff members to double-check for other potentially infected wildlife.