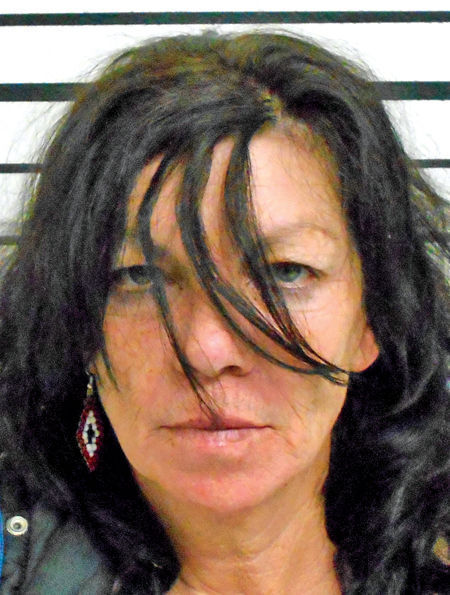 Police in Tahlequah, Oklahoma say a naked woman took a shovel to a man’s window and then turned her attention toward the man, who was able to call for help after being hit, scratched and bitten.

Officer Thomas Donnell arrived on the scene around 11:45 p.m. The man who called police claimed he was being attacked by a woman, and was asking for officers to “save” him.

Donnell entered the apartment and found Willa Crow, 57, standing in the doorway.

“Willa said that there was nothing going on,” Donnell reported.

But the alleged victim told Donnell he and Crow had “seen each other sexually” that afternoon, and that he had eventually left Crow’s home. The man claimed Crow had later showed up naked at his residence and took a shovel to an apartment window before walking into his home and hitting him.

“[The alleged victim] stated that he stopped her and gave her some clothes and once she was dressed, Crow started hitting, scratching and biting him,” Donnell reported. “[The man] stated that Crow went for the shovel to hit him with it but he was able to get it from her before she could hit him with it.”

Crow, according to the police report, also grabbed a phone and pulled it out of the wall. The alleged victim was later able to reconnect the phone and call police.

Crow denied breaking the apartment window, and told the man she could not believe that he was “doing this” – presumably, calling the police.

The man had several marks on his body, and blood on his face and neck from the attack, Donnell said. He was uncooperative with officers as they tried to investigate the incident, and did not want to press charges against Crow.

Crow was booked into the Cherokee County Detention Center for domestic assault and battery. She remained in jail Monday with a $1,000 bond, booking records show.

Details for this story were reported by the Tahlequah (Okla.) Daily Press.