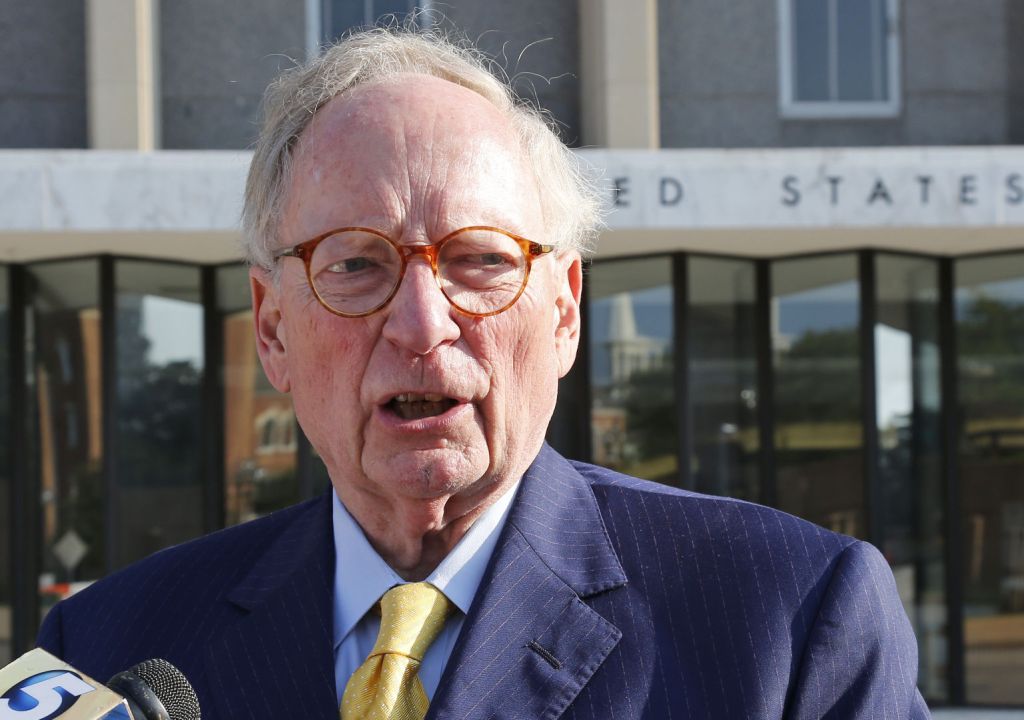 OKLAHOMA CITY — Noted Oklahoma attorney Stephen Jones met with reporters Friday afternoon to make the case for the University of Oklahoma’s Sigma Alpha Epsilon chapter, which is embroiled in controversy over a video of fraternity members singing a racist chant during a bus ride in Oklahoma City.

“Let me be clear, there was no justification for what was done on the bus. Zero,” Jones’ statement read. “Those involved, and many others, have paid, and continue to pay, a dear price for those actions. But, these young adults have rights, and we must protect those rights.”

The fraternity was, in OU President David L. Boren’s words, “kicked off campus” on Monday, March 9 and all members ordered to vacate the house before midnight Tuesday.

During a press conference Monday, Boren was visibly angered by the video and was unsympathetic to the students involved.

“I have to say, I don’t have much sympathy. They’ll have to find a place, a roof over their heads on their own,” Boren said. “We’re not going to help them. They’re going to have to find their way. That’s not our responsibility. We don’t provide student services for bigots.”

Jones has represented clients ranging from former Governor Frank Keating and Timothy McVeigh, and he once ran against Boren for a U.S. Senate seat. He said Friday that the university’s action may have been taken in haste.

“I think there was a premature rush to judgment,” Jones said. “I think it would have been better to have taken a more measured response. We have a judge in Garfield County who once told a client of mine, ‘Every 19-year-old male is entitled to five minutes of foolishness. You’ve had yours. I don’t expect to see you again.’ I think that might, given the circumstances, be a very good guideline.”

“We are not looking for a legal solution,” Jones said. “That’s not our first choice. Our preference is to proceed to a non-legal solution, a non-adversarial solution, and a non-litigation solution. I invite the university and its leadership to engage in conversations with myself and the local SAE to find a resolution that will serve the interests of everyone concerned where possible.”

Jones described the concerns of the board and alumni of the SAE Chapter at the University of Oklahoma in two main points.

“Some (SAE) members have received death threats, have been verbally assaulted and some are afraid to attend class. There is legitimate concern for the safety and well-being of these young men and women,” a prepared statement read. “Second we want to be certain that due process rights and First Amendment rights of speech and association are protected. President Boren once said, on behalf of the University of Oklahoma… ‘We believe in second chances so that our students can learn and grow from life’s experiences.’ We agree, and we believe that this is indeed the ultimate teachable moment. So let’s teach. It’s time to channel the understandable outrage into constructive dialogue.”

Jones reiterated his concern for the safety of his clients during his remarks.

“We view it as a potentially volatile situation and that’s why, I think, we need to avoid a rush to judgment. We need to lower our voices. And we need to take a breath,” he said.

When asked if he thought Boren acted properly in expelling the two students who led the chant, Jones was quick to say that he does not represent the students who were expelled on Tuesday, but related their cases to the larger situation indicating concern over the quick action by the university.

“I would think an immediate expulsion would run contrary to due process,” he said. “The university certainly has codes of conduct, but if any of those trumps the First Amendment, is yet to be determined.”

“As long ago as 1965, (Supreme Court) Justice Fortas said, ‘School children do not lose their First Amendment rights at the schoolhouse gate.’”