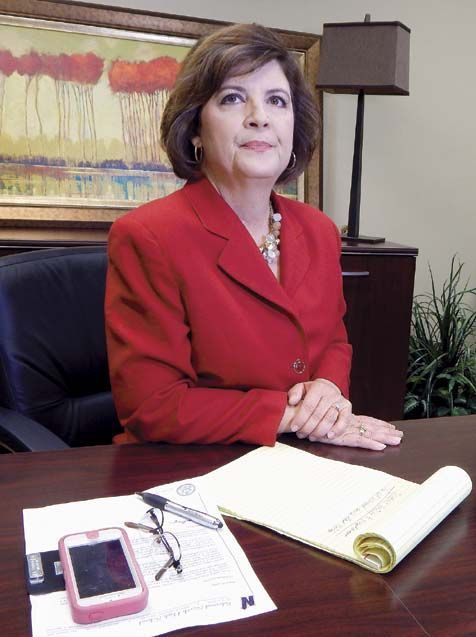 Jenny Monroe, spokesperson for the Edmond Police Department said officers received a tip that a male 16-year-old Edmond North High School student had revealed to a counselor at an in-patient treatment facility that he planned to commit mass murder at the school. According to Monroe, the counselor said the student used the words “shooting and explosives.”

“We went to his house here in Edmond with a bomb dog and actually found evidence of his plan and the explosives,” Monroe said.

Police are looking at potential charges of possession of explosives and the manufacturing of explosives, she explained. He was in the building and testing phase of carrying out his plan, Monroe said.

The 16-year-old student had been removed from campus earlier in the month after classmates had raised concerns about him.

“Friday morning (March 6), a couple of students came forward with text messages that they had shared with the student that were very, very concerning. The language was very inflammatory,” Edmond Public Schools Spokeswoman Susan Parks-Schlepp, said. “They correctly brought that information to an assistant principal, who immediately turned it over to the principal.”

The principal removed the student from class. His parents were called and he was transported by police off campus, Schlepp said.

“In their original coming forward to the school, they felt he was suicidal,” Monroe said. The great lesson to be taken from the event is that other students knew something was peculiar with their classmate and reported it to the North High School administration, Monroe said.

His parents cooperated and had a mental evaluation performed on their son. As a result, two representatives from the treatment center contacted Edmond Police.

Edmond Police contacted Edmond North School to alert them to the threat. Bomb dogs were dispatched Friday morning by Edmond Police to check the classrooms the student would frequent and surrounding areas, Monroe said. No bombing devices were found.

“Do we feel like this was a credible plan to carry out? Absolutely,” Monroe said.

While police knew the student’s location and did not consider the threat to be immediate, they alerted the school to the threat and bomb dogs were dispatched Friday morning to check classrooms and surrounding areas.

The school was not evacuated.

Components of explosives were found at the student’s home, along with blueprints and paperwork detailing the student’s plans, she said. Early stages of investigation include forensic work in his home.

Early stages of investigation reveal that the teenager had quoted other mass casualty events. He made reference to other school shootings.

“They weren’t generic statements,” Monroe said. “They were very pointed and detailed.”

Edmond Public Schools is eager for parents to know that the care and safety of their children is of utmost importance, Schlepp said.

“We took every step and every precaution today to assure that the campus was safe, that the students are safe and that staff members are safe,” Schlepp said.

Following news of the threat, Edmond North High School’s principal Jason Pittenger also wrote a letter with parents and the public alerting them to the threat and the actions taken by police and school officials.

“While I am disappointed that this letter was necessary today, I am encouraged that — just as I would have hoped would happen in my sons’ school — all of the parties charged with the safety of our shared children worked together to ensure the well-being of one of our own and all our of own,” he said in the letter.

Coburn and Miller write for The Edmond (Oklahoma) Sun.