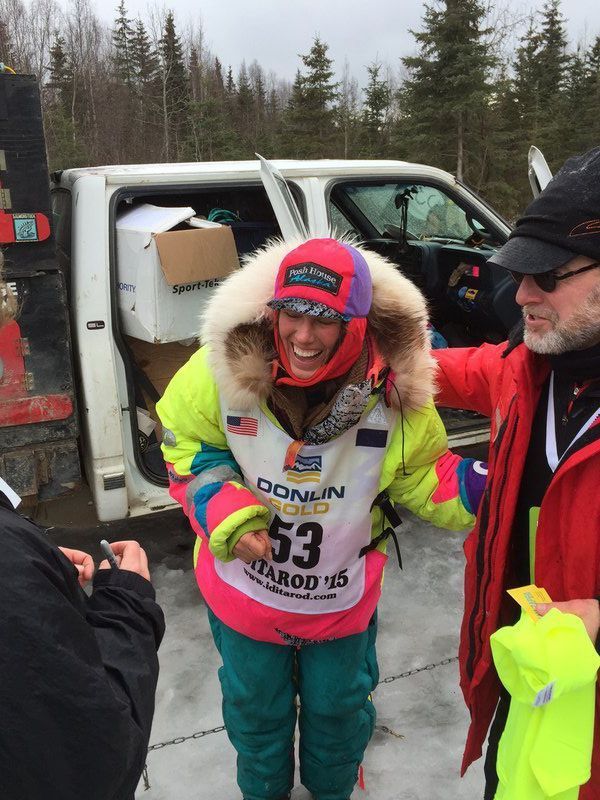 ANCHORAGE, Alaska — The streets of Alaska were bare recently as promoters of the Iditarod, Alaska’s grueling 1,000 mile trek to Nome, prepared to launch the annual event, billed as “The Last Great Race on Earth.”

When a reporter, who flew in to cover the sled marathon, asked a rental car clerk at the airport if he might encounter any trouble with icy streets, the clerk laughed and said, “You’ve got to be kidding. I’ll bet there’s more snow on the ground in Oklahoma than there is here.”

For former University of Oklahoma student Monica Zappa, that could improve her chances of winning the race.

Zappa is one of 24 women in the 43rd Iditarod competing for first place, which includes $70,000 and a new pickup truck. The Iditarod is under way, and after leaving Fairbanks on March 9, it will take roughly nine days for the winner to cross the finish line in Nome. The champion could be determined some time Wednesday.

Zappa was raised in Wisconsin, and her parents craved the outdoors. They participated in sled dog races and Monica loved being around dogs.

After earning a bachelor’s degree in meteorology and a master’s in geography from Northern Illinois University, she enrolled in a doctoral program at OU and went to work for the National Weather Center.

Zappa participated in a research project designed to better understand how responsive the general public is when TV weathercasters warn viewers of impending disasters, like hurricanes and tornados.

She rode her bike around campus and at times her studies were interesting, but when she looked out a classroom window she longed to see mountains.

“For 10 years I had lived without a dog and it was killing me,” Zappa said. “I was restless. I had friends in the Peace Corps and they were encouraging me to join them. But the process to get in was lengthy, at least a year. I decided to do something really different, and come to Alaska to see what it was all about.”

That was five years ago, and she’s still there. She met Tim Osmar, whose dad Dean won the Iditarod in 1984, and they have been breeding, raising, training and racing dogs at their home base in Kasilof, Alaska.

Last year, she entered the Iditarod for the first time and finished in 47th place. This year she hopes to move up. She started the race with a full complement of 16 dogs.

The Iditarod is Alaska’s Super Bowl. The word comes from the Ingalik Native Alaskan language and it means “distant place.” It was used to name a remote village where gold was discovered in 1909. Among the 78 participants, the oldest is 74, and the youngest is 18.

After 250 loads of snow were dumped on downtown streets and graders smoothed it out, the ceremonial start went off without a hitch. When the mushers got to the airstrip outside of Anchorage, Zappa loaded up her dogs for the trip to Fairbanks.

“Settle down Dweezil,” she said to one of her dogs.

Dweezil, as in Zappa, a bystander wondered?

Frank Zappa was a unique, quirky, and highly talented rock icon of a bygone era. He named his son Dweezil.

“Are you by any chance related to Frank Zappa?” her visitor asked.

“Have you ever listened to his music?” she was asked.

“All the time,” she said. “A friend downloaded 12 Frank Zappa albums to my iPod and I’m going to listen to them all the way to Nome.”

This article first appeared in The Norman (Ok.) Transcript