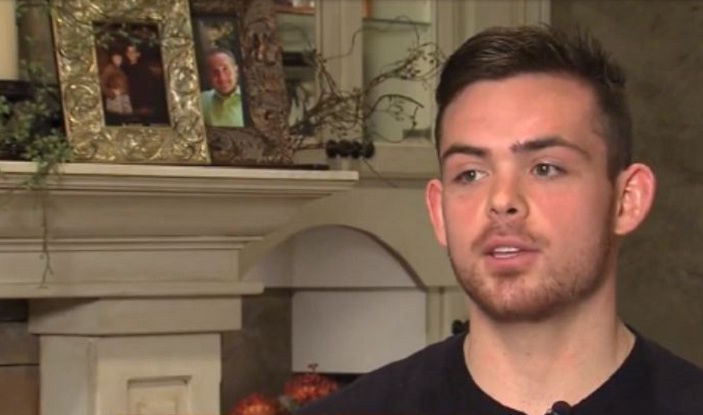 Kim Garrett had never been a user of social media. But when the Oklahoma mother wanted to show her son that nothing is impossible in life, she became a quick study.

Upon hearing her son, Seth, rapping along to Christian rapper Andy Mineo’s music in his bedroom one evening, Garrett urged him to reach out to his musical idol and see if he could rap with him.

“I said, ‘That’s impossible,’” 20-year old Seth said. “That triggered something in my mom to start this.”

Kim, of Checotah, Oklahoma, set out to show her son nothing is impossible. She launched her campaign on Twitter, Instagram and Facebook about six months ago with the hashtag #AskSethtorapAndy.

Soon Kim hit the streets with homemade signs, taking photos with strangers when and where she could. She took photos with people across Oklahoma, with trash collectors, car wash attendants and servers.

She shared each photo on Mineo’s social media sites.

“Those pictures have been impactful,” Kim said. “When you ask someone to take their picture, they feel loved.”

Kim said people remember the photos and are happy to hear how the campaign is going, even if she doesn’t remember them.

She would carry the signs everywhere, sharing more than 300 photos. She had the signs with her in her car at the grocery store, at the bank, at church and everywhere in between.

After a half a year of campaigning, Mineo finally got the message and he sent a tweet out to Seth.

“I’ve never tweeted a day in my life until this,” Kim said. “So, I don’t think I did so bad for someone my age.”

Seth will join Mineo on stage May 1 in Oklahoma City to rap with him.

“The day that he tweeted me, I was at work,” Seth said. “I started shaking. I was useless there until the shock wore off.”

Seth, excited, said he is nervous but eager about the opportunity. Seth has a long history of music influencing his life. He has been singing for church and school since he was a youth.

He said he was embarrassed when his mother would approach strangers for the social media campaign. But that feeling ebbed away after he saw his mother’s perseverance and strangers’ reassurances.

“It’s been a good way to re-evaluate my faith and my life,” Seth said. “I think everyone in our household has benefited from it.”