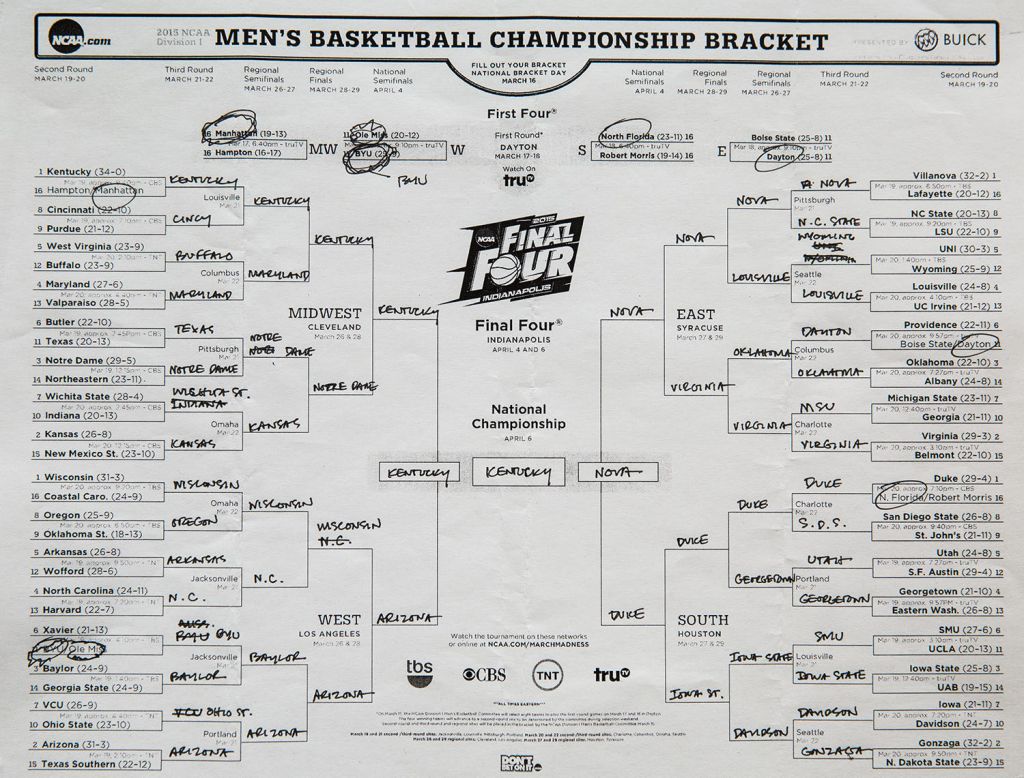 By Thursday morning, millions of basketball fans across the country will have filled out a Final Four bracket in preparation for this year’s NCAA tournament, including President Barack Obama. Since he entered office, Obama’s sharing of his March Madness bracket choices with the public has become an annual event. This year, the POTUS has Kentucky winning the national title and finishing the season undefeated. But that didn’t keep him from picking a few upsets along the way.