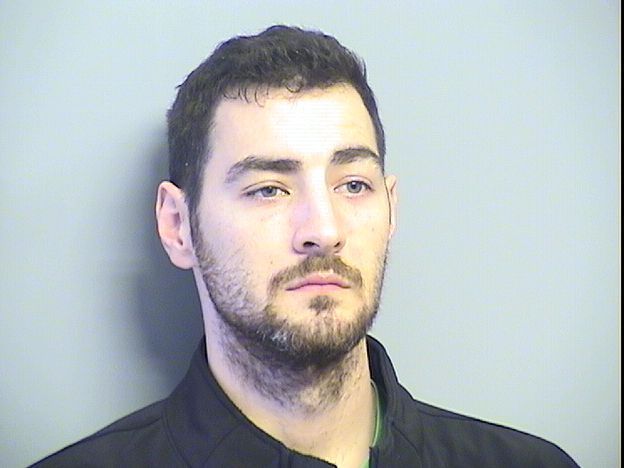 An Oklahoma man is in custody after being accused of stealing medical waste from St. John’s hospital in Tulsa, Okla., Monday.

Authorities are investigating a possible connection between Garrett Mitchell Gibson, 27, and medical waste that was found in the Arkansas River Saturday. It included used syringes containing body fluids and medication vials.

“That is a possibility,” said Tulsa Police Department public information officer Leland Ashley told the Stillwater (Okla.) News Press. “He lives in the general area where the waste was found, but I can’t positively say it’s related.”

According to an arrest report, hospital security called police at about 4 a.m. Monday after detaining Gibson for stealing syringes and drugs from biohazard sharps containers.

Gibson told hospital security officials he worked at the hospital as a janitor, according to the report. However, security told police they found no evidence that was true.

He was booked and transferred to the Tulsa County Jail, but jail records indicate he is currently hospitalized.

Gibson is also on hold for Payne County, where a bench warrant was issued when he failed to appear for sentencing after pleading guilty to three counts of uttering a forged instrument, a charge commonly associated with fraud. In December, Gibson was was charged with larceny of domestic animals after he was accused of rustling cattle in Osage County, Oklahoma.

Ashley said it’s his personal opinion that Gibson may have been trying to get the narcotic residue out of the syringes and vials.

“I couldn’t imagine the motivation that would drive someone to do that,” he said. “You’re taking a huge risk.”

Investigators from the Oklahoma Department of Environmental Quality were sent to the area of the dump site Tuesday to collect evidence.