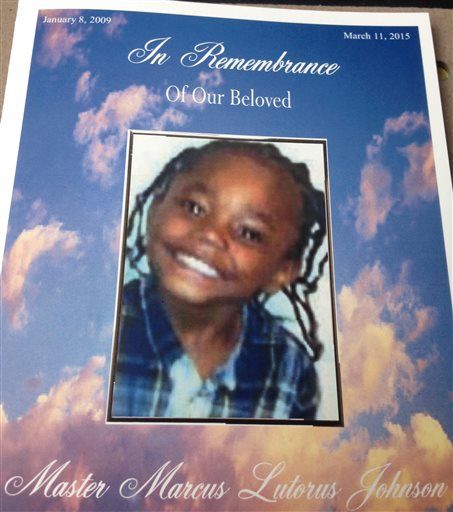 This image provided by Marcus Johnson Sr. shows Marcus Johnson Jr.’s funeral pamphlet. Marcus Johnson Jr.’s parents figured a sunny day at a city park was just what the 6-year-old kindergartner needed while recovering from heart surgery the previous week and a doctor’s visit that same day. Instead, his family will bury Marcus on Thursday, March 19, 2015, after the child was shot in the chest and killed in an attack his mother and father said stemmed from a traffic dispute. (AP Photo/Marcus Johnson Sr.)