Unprecedented sugar glut sweeps across the globe as output soars 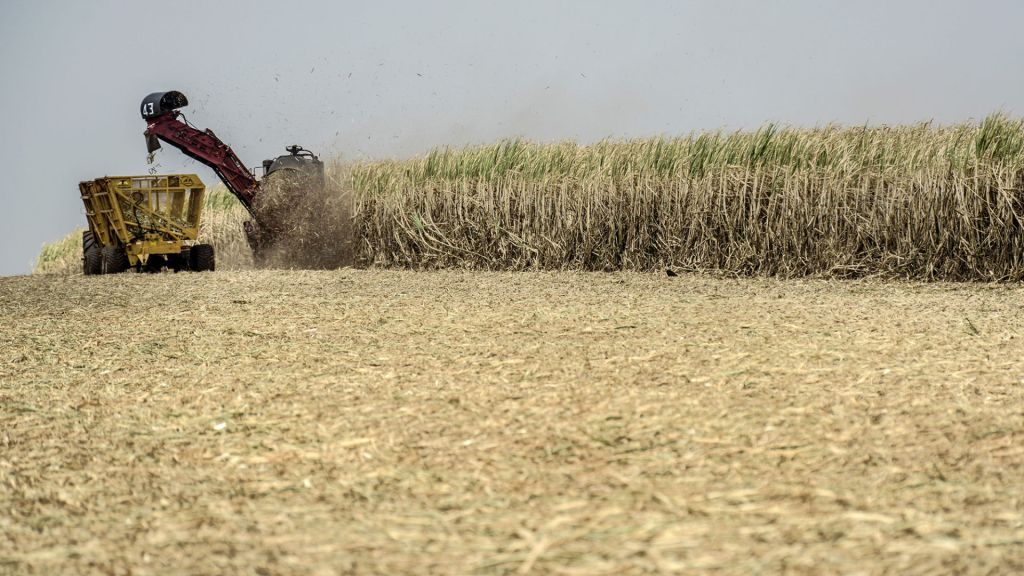 NEW YORK — The world has never been so awash in sugar.

Just as cane harvests expand in India and Thailand, farmers in Brazil, the world’s largest producer, are ramping up exports to take advantage of a tumble in the exchange rate that has swelled their profit margins. And crops that were hurt by drought last year have been revived by rain. Global output is set to exceed demand for a fifth straight year, leaving the biggest stockpiles on record, the International Sugar Organization said.

All of that sugar signals global prices, already down 50 percent in three years, are poised to fall further, cutting costs for buyers like Krispy Kreme Donuts and Mondelez International, the maker of Cadbury chocolates and Oreos. New York sugar futures probably will slide 6.2 percent by July to 12.02 cents a pound, the lowest since January 2009, a Bloomberg survey of nine analysts showed.

“The fundamentals are absolutely bearish,” said Donald Selkin, who helps manage about $3 billion of assets as chief market strategist at National Securities Corp. in New York. “Supplies are very extensive. The good growing season and the weak currency in Brazil are also making their exports more attractive.”

In Brazil, which supplies one-fifth of the world’s sugar, the incentive to sell more overseas has increased in the past few months, as budget deficits and a stalled economy sent the real plunging to the lowest in almost 11 years against the dollar. In the week ended March 11, domestic cargoes waiting to be shipped jumped 33 percent from a week earlier, according to Recife, Brazil-based Williams Servicos Maritimos Ltda.

“With the Brazilian real down, it’s hard to put a floor on prices,” said Claudiu Covrig, senior agricultural analyst for sugar researcher Kingsman in Lausanne, Switzerland.

Two decades of uninterrupted consumption growth and four years of slumping prices may leave less supply than forecast. In Europe, people ate on average 37.1 kilograms (81.8 pounds) of sugar in 2013, up from 35.1 kilos in 2011, while Americans consumed 32.5 kilos, up from 31 kilos, the sugar organization estimates. The global average is 23 kilos.

Rather than expanding reserves, the world will see a production deficit in the current season of 2 million tons, widening to 4 million next year, Societe Generale said Feb. 24.

“By the end of June, the market will be shifting from surplus to a more balanced, small-deficit situation,” which should boost prices, said Bruno Lima, a risk-management consultant for INTL FCStone in Campinas, Brazil. “China has been and should continue to be a hungry buyer.”

The government of Brazil, where half the cane harvest is used to make ethanol for cars, mandated increased use of the fuel, leaving less to make sugar. Vehicles must use fuel with 27 percent ethanol, up from 25 percent, Energy Minister Eduardo Braga said March 4.

Food makers may not see much benefit in the United States, where the government limits sugar imports. Domestic futures, which trade at a premium to the world price, are up 9.7 percent from a year ago. Mondelez raised prices to cover higher costs for cocoa, milk and sugar.

Commodities got cheaper in recent months, but they “are all still up year-over-year,” Chief Executive Officer Irene Rosenfeld said on a Feb. 11 conference call. “The market basket of inputs for our chocolate business are among the highest,” which is why the Deerfield, Illinois-based company made $1.6 billion of price increases last year, she said.

While sugar was “modestly favorable for us” in 2014, the benefit was “overwhelmingly offset” by cocoa, dairy and packaging costs, Michael Mitchell, a Mondelez spokesman, said in a March 16 e-mail.

The trend for commodities is down, including a plunge in crude oil that has increased the risk of deflation from Japan to China to the Europe Union. With rising agricultural output, global food costs tracked by the United Nations are the lowest in four years, including a sugar index that last month was the lowest since 2009.

Cheaper sugar already is helping to reduce commodity costs by $3 million in the next fiscal year at Winston-Salem, North Carolina-based Krispy Kreme, Vice President Price Cooper said on a March 11 conference call. The 1,000-store chain specializes in donuts glazed under a waterfall of mostly sugar and milk.

More sugar is on the way. India, the second-largest producer, has approved subsidies for exports of as much as 1.4 million tons of raw sugar to help mills pay debt to farmers. Maharashtra, the top producing state, is seeking approval for additional aid to ship product abroad.

Brazil’s Center South, the main growing region, may crush as much as 585 million tons of cane in the year that starts April 1, up 2.6 percent from a year earlier, industry consultant JOB Economia e Planejamento said. Agroconsult, based in Florianopolis, Brazil, projects an even bigger cane crush.

“We’ve had several years in a row where output exceeded consumption and massive stocks have been accumulated,” said Stefan Uhlenbrock, senior analyst for commodity researcher F.O. Licht in Ratzeburg, Germany.