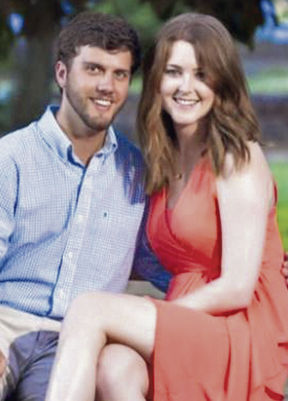 Lawson and Kelly Taylor of Attapulgus announce the engagement of their daughter, Mallary Jean Taylor, to Michael Ryan Whitten, son of Tom and Elayne Whitten, of Ellaville,

The bride-elect is the granddaughter of the late Jean and Gerald Welch of Havana, Fla., and Dora and George Galloway of Tallahassee, Fla., and the late Robert “Buck” Taylor.

She is a 2007 graduate of Robert F. Munroe Day School. In 2010, she graduated from Georgia Southern University, Statesboro, earning her bachelor’s degree in English, and went on to earn her master’s degree in English in 2012. She is currently a sales manager at the Savannah International Trade & Convention Center in Savannah.

The future groom is the grandson of the late James and Elizabeth Kinloch of Lakeland, Fla., and Milton and Marcie Whitten of Manteno, Ill., and the late Alice B. Sanders.

He graduated from Americus-Sumter County High School in 2006. In 2010, he graduated from Georgia Southern University earning his bachelor’s degree in exercise science and went on to earn his master’s degree in public administration in 2013. He is currently a program director at the Island’s Family YMCA in Savannah.