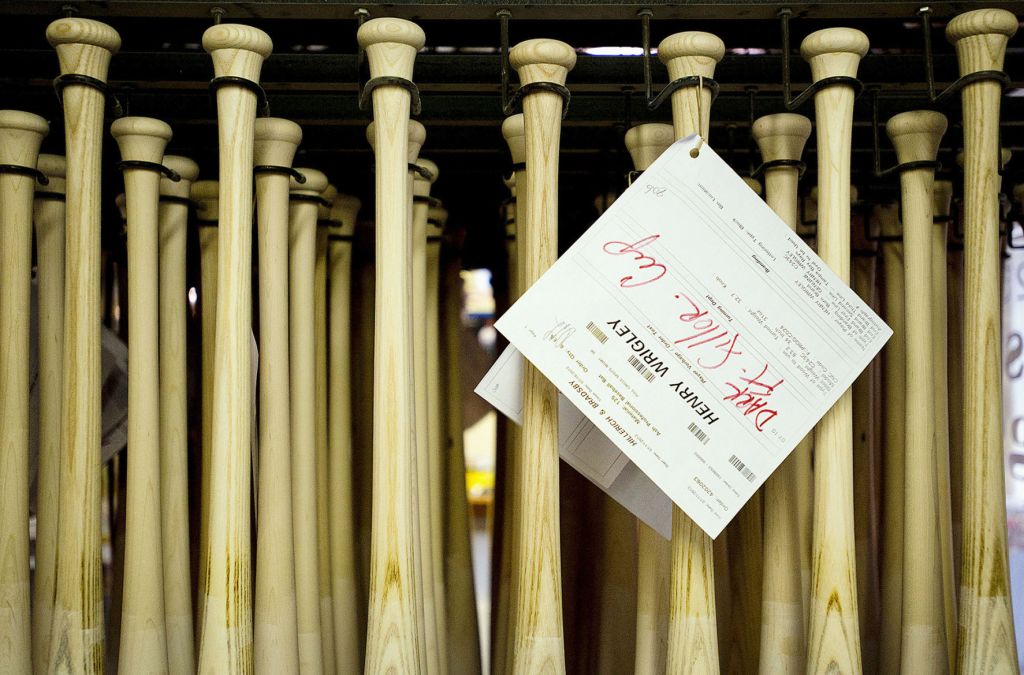 This 2012 photo shows custom made for Major League Baseball players sit on the glazing rack drying at the Louisville Slugger Museum and Factory in Louisville, Kentucky. Louisville Slugger, a more than century-old symbol of America’s national pastime, will be sold for $70 million in cash to Helsinki- based Amer Sports, according to a statement on Monday