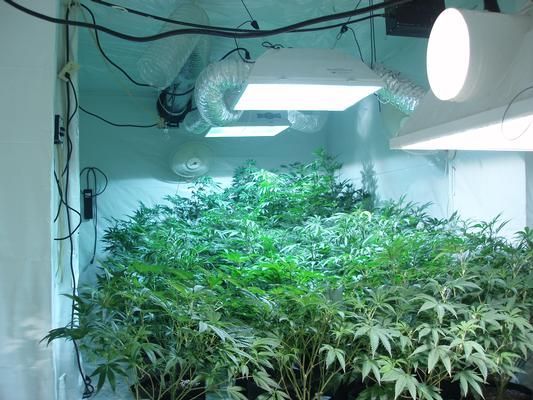 A loose pit bull became an unwitting drug dog last week when police accidentally discovered a father-son marijuana grow operation valued at $100K while returning the dog to its owners.

“The owner of the dog was located, and when I approached the door, there was a strong odor of marijuana coming from the residence,” Chief Shawn Padden of the Duluth, Minnesota Township Police Department told WDIO.

Returning with a search warrant, police found a 10-by-25 foot room in the mobile home containing 77 marijuana plants, some nearly five feet tall, as well as thousands of dollars worth of hydroponic lights, climate control equipment, and video monitoring devices.

Police say the pot was being grown and distributed by the 57-year-old Duluth man and his 26-year-old son who occupy in the residence. Charges are pending for both men.

Padden told the Star Tribune that the bust, one of the largest he’d seen in the township, was a direct result of responding to the report of the loose pit bull.

“(When I) knocked on the door. That’s when I could smell some hooch going on,” he said.

Indiana House Speaker Brian Bosma is chatting with readers from across the state this morning at 11 a.m. Indiana House... read more