Man accused of raping, assaulting 3 teens while holding them captive in family home 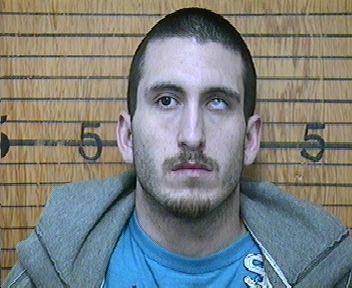 TUTTLE, Okla. — Police say an Oklahoma man kidnapped, assaulted and raped three teenager girls who he held captive at his home over at least a two-year span.

Gregory Todd Zavala, 23, has been arrested and faces three counts of kidnapping, two counts of child sexual abuse, two counts of assault and battery with a dangerous weapon, and one count of rape in the first degree. An affidavit from the Grady County, Oklahoma District Attorney’s office details how, according to police, Zavala enticed three young women to his home in Tuttle at different times between 2011 and 2013, and held them there.

The affidavit also says Zavala threatened to kill each victim and their families if they ever left his residence. Edwards said the girls were able to leave the home by various means, and some escaped.

Additionally, another 16-year-old from the Tuttle area who was last seen with Zavala was found Tuesday, Edwards said. It is not currently known whether or not Zavala is linked with her disappearance.

The girl was located in Mustang on Wednesday morning by Newcastle Police Department investigators. She was reported as a runaway for a couple of weeks, and it is believed that she was with Zavala while missing.

“She has been found. She was recovered safely and we’re happy that she’s been reunited with her parents,” NPD Det. Kevin Morrissey said.

Investigators also found photos of a 16-year-old that Edwards described as inappropriate in nature on Zavala’s phone. These images have produced an additional charge related to child pornography that was issued on Tuesday.

Two of the victims were 16 and 17 at the time they were reportedly kidnapped and subjected to abuse, the affidavit states. A third victim’s age was not disclosed, though Edwards said she was also a minor at the time.

“For some, in fact, it was a true escape,” Edwards said.

Grady County authorities were made aware of potential criminal activities at the home when they were tipped off by Oklahoma City Police and the Oklahoma County DA’s office, who were investigating other crimes linked to Zavala. The search warrant was served by U.S. Marshals, who later arrested Zavala near the home after witnesses were interviewed.

The affidavit describes in detail the accounts of the three victims, starting with a 16-year-old who says she met Zavala in March or April of 2011. Two weeks later, he took the victim, referred to as C.G., to his home where she was locked in his bedroom and held against her will.

During the time C.G. was held, she recounts being forced to have sexual relations “on an almost daily basis.” She said Zavala would tell her he was attempting to impregnate her and that he would kill her and her family if she ever attempted to flee. She later became pregnant and was able to escape before the baby was born, the affidavit states.

A second victim, a 17-year-old referred to as R.H., said she was held at Zavala’s home between January and August of 2012. She was reportedly forced to stay there through physical violence, including being strangled with a belt or Zavala’s hand.

The affidavit states Zavala told R.H. that the only way she was leaving his residence was “in a body bag.” He also threatened to kill her or her family members if she tried to escape.

R.H. was raped numerous times, the affidavit states, and also became pregnant during her time in captivity. She was also able to escape before giving birth.

A third victim, whose identity was undisclosed but is referred to as A.M., said she began dating Zavala in August of 2012 and was homeless at the time. Zavala reportedly opened up his home to her, but shortly after she moved in, he had her vehicle towed, leaving her stranded at the house.

Later that same year, the victim reports Zavala struck her in the head with a hammer about four times, leaving a permanent deformity in her skull. He reportedly said during the assault that he was going to kill A.M. and raise her child after her death.

The victim was also reportedly strangled and had her face slammed into a kitchen sink during the assault.

In February of the next year, the victim describes being raped by Zavala while in the shower. She also states that she was raped almost daily and subjected to torture and other forms of abuse.

Details for this story were reported by The Express-Star in Chickasha, Oklahoma.