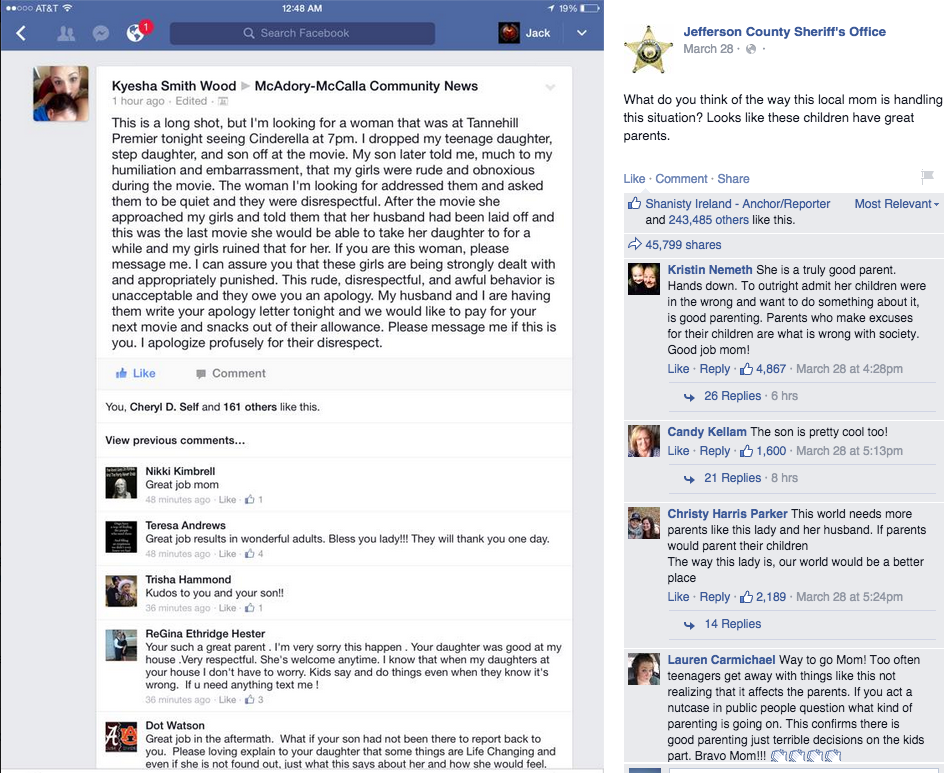 Two teenage girls in Alabama broke the rules. So their mom, in her own words, “broke the Internet.”

Since posting it to Facebook Saturday morning, Kyesha Smith Wood’s apology for her daughters’ rudeness during a screening of Cinderella at a theater in McCalla, Alabama, just south of Birmingham, has been “Liked” nearly 250,000 times. After her status was shared by nearly 50,000 people, Wood was able to track down and connect with the woman who asked the teens to be quiet during the movie, and approached them about their behavior afterward.

Wood says the girls will write Rebecca Boyd an apology, as well as pay for her family’s next movie out of their allowance, much to their chagrin.

Something else Wood says her daughters will never do? Top mom’s social media success.