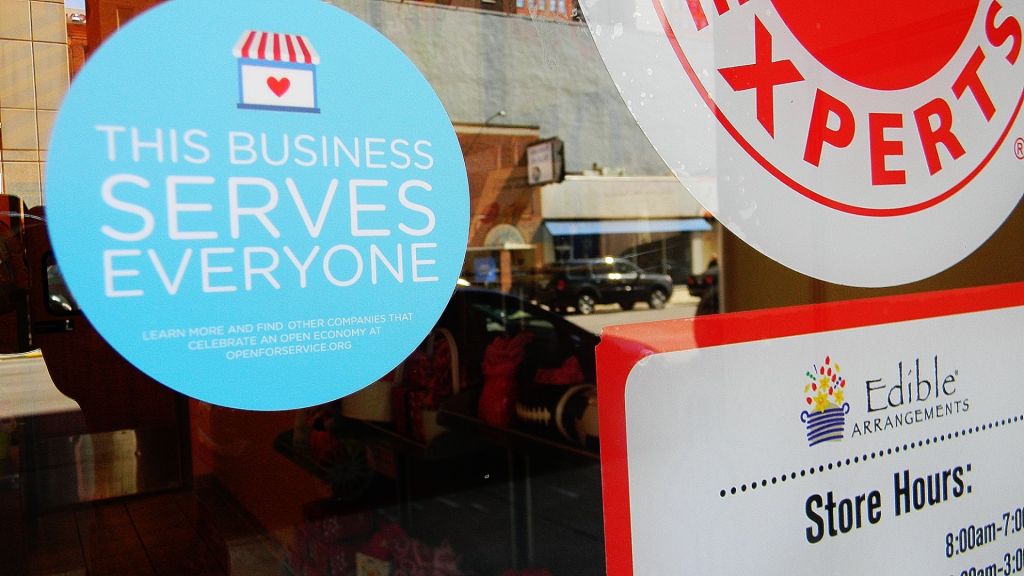 Besides threatening to cancel an event that draws 50,000 gaming fans, organizers vowed their followers would unleash a barrage on social media calling for gamers everywhere to boycott Indiana to protest the measure signed into law by Gov. Mike Pence.

“That’s the moment I knew that this issue was not going to go away,” Gahl said. “I knew this would get worldwide attention.”

It has. But not in the way that Gahl, the marketing chief for Visit Indy, wanted to see just days before his city hosted one the biggest sporting events in the nation: the NCAA Men’s Final Four championship.

The uproar over a law that critics fear would allow businesses to deny services to gays and lesbians, under the cover of religious belief, has reached epic proportions, playing out in the media and online.

By Tuesday morning, Gahl had counted 2,400 new stories on the controversy — including a flurry generated when CBS’s Final Four analyst Charles Barkley called on the NCAA to move the Final Four out of Indiana because of what Barkley called its “anti-gay” law.

Gahl, along with a small army of Indianapolis boosters, is now scrambling to mitigate the public relations damage done by the controversy with this message: “No matter what a signed piece of paper says, it doesn’t kill Hoosier Hospitality.”

In a city that attracts thousands of out-of-state visitors every year to large-scale conventions and major sporting events, Gahl hopes it’ll work.

His organization has partnered with others, including the Indianapolis Chamber of Commerce and the Indiana Sports Corp., which manages the Final Four host committee, on a campaign focused on a message of inclusiveness and welcome.

They’ve taken to Twitter with the #IndyWelcomesAll hashtag, and recruited local politicians and celebrities to post Facebook messages with the same theme. About 2,000 volunteers will flood downtown Indianapolis this weekend, trained with the hospitality mantra.

On the front doors of shops, bars and restaurants in and around downtown are “This Business Serves Everyone” stickers, designed by local technology entrepreneur Josh Driver, who said he was horrified when he saw the backlash to the law unfold.

“I thought, ‘What can I do to help the small businesses in Indy that are really going to be hurt by this?'” Driver said. “I knew we needed something to offset the damage.”

Pence acknowledged the damage done to the state’s reputation at a Tuesday press conference, during which he defended the law and blamed critics and the media for having “grossly mischaracterized” its intent and impact.

But he also expressed surprise at the storm of negative publicity the law generated, including mockery from late-night TV comedians. “Was I expecting this kind of backlash? Heavens, no,” Pence said.

Their early warnings about the potential fallout went unheeded.

By Monday — five days after Pence signed the bill — state Chamber president Kevin Brinegar and his staff had fielded more than 500 angry calls, many from out-of-state business owners threatening to boycott Indiana.

The calls echoed those that were made by mayors in San Francisco, Washington, D.C., Seattle, and other big cities, along with the Connecticut governor, barring their employees from being reimbursed for attending work-related events in Indiana. And some mirrored Marc Benioff, CEO of the Silicon Valley cloud computing giant Salesforce, who barred his employees from traveling to Indiana.

Brinegar’s response has been two-fold: He’s asked for patience as Republican legislative leaders promise to “fix” the law by adding some non-discrimination language. And he’s marshaled forces around the state, asking Chamber members to reach out to customers, clients and contacts worldwide to plead with them to “not let what we all hope is a temporary setback become a permanent liability.”

“We knew that it would be bad, which is why as an organization representing over 2,200 businesses we were against it,” Huber said of the law. “But the reaction to it has been worse than we anticipated.”

As the controversy over the law grew, Wise took to Facebook. He both decried the law as offensive and sought to reassure out-of-staters that Indiana was indeed a welcoming place. Wise also said that as a devout Christian, he wanted people offended by the law to know: “Our governor’s thoughts don’t represent mine.”

His Facebook post garnered 400,000 views, read by people from around the world, he said. On Friday, as Final Four fans stream into the city, his employees will be wearing T-shirts bearing the #Equality hashtag and the message: “Love Each Other, Inside Out.” He’ll donate sales of the T-shirts to a local organization that supports lesbian, gay, bisexual and transgender Hoosiers.

Wise said he’s trying to find some good in a situation that’s been bad for Indiana. “It’s given me a chance to stand on my soapbox,” he said. “I’m glad to do it.”

Maureen Hayden is the CNHI state reporter in Indiana. Reach her at mhayden@cnhi.com. Follow her on Twitter @MaureenHayden.