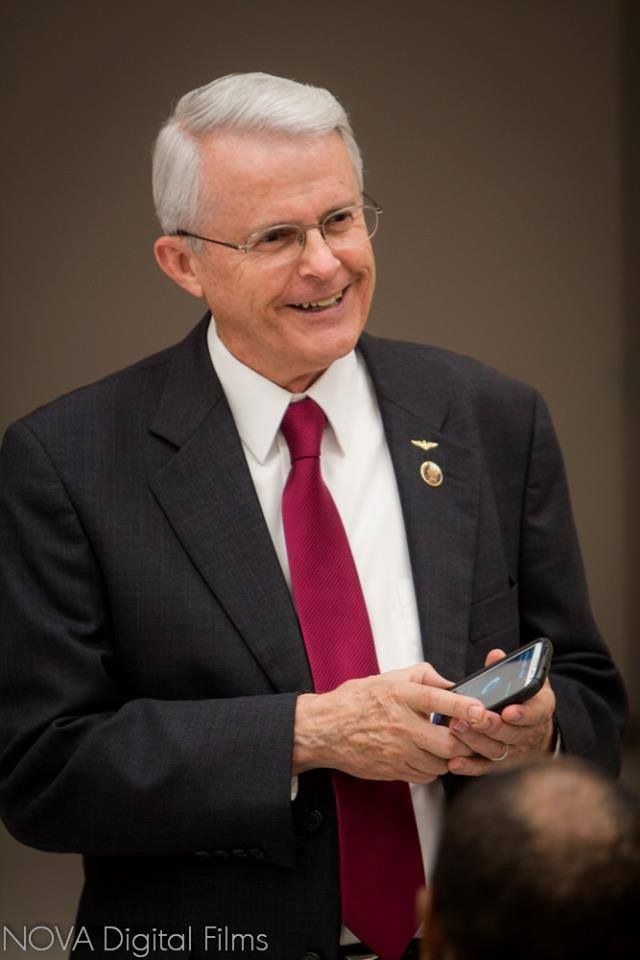 The magazine features full-page photos of the men and quotes each at length under the headline, “In the words of the enemy.”

“Over the last month, a number of crusaders voiced their concerns over the power and drive of the Islamic State, its revival of Islam and the Caliphate, and its eventual expansion into Europe and the rest of the world,” the introduction reads.

The magazine does not make any overt threats against the men, but Black said Virginia Capitol Police alerted him to its existence. He declined to say whether he was taking any precautions as a result .

“Capitol Police called me yesterday afternoon,” Black said Tuesday. “They just wanted to be sure that I was aware of it because, of course, ISIS has been an ultra-violent organization. These are people who have been burning people in cages and beheading them.” ISIS is another name often used for the Islamic State.

As part of a glossy propaganda operation, the Islamic State often quotes Western officials voicing concern about its rise, taking their words as something of a back-handed compliment, said J.M. Berger, co-author of “ISIS: The State of Terror.”

“Basically, they’re looking for opportunities to show how much fear they’re striking in the West,” Berger said. “Sometimes they’re not very discriminating about who they pick. The nuances of American politics can be lost on them.”

The magazine quotes all three men voicing grave warnings about the Islamic State.

“They are not losing ground,” it quotes Santorum as saying. “They are not being discredited in the eyes of the Muslim world. They will get stronger.”

The Berntsen quote is attributed to a recent interview on cable television.

“ISIS is truly the most successful Sunni terrorist group in history because they’ve carved out space for a nation-state,” he said. “. . . And ISIS has been brilliant in its pushing out of propaganda. It has really sold itself to the hundreds of millions of people around there that are looking for a message.”

Black’s appearance on the list is somewhat curious given that, at least officially, his role is to make state law, not influence foreign policy. One of the most conservative members of Virginia’s General Assembly, he is best known for sending tiny pink plastic models of fetuses to fellow legislators ahead of a vote on an abortion bill.

But Black, a former Pentagon lawyer who was chief of the Army’s Criminal Law Division while stationed in Germany in the 1980s, has sometimes used his perch in state politics as a soapbox to comment on international affairs. He drew attention a year ago by sending a letter to Syrian President Bashar al-Assad that thanked him for defending Christians. The Syrian president posted the letter on his Facebook page.

Since then, reporters with international news outlets have sometimes sought out Black for comment. In the past month, he was interviewed with the Russian state RT news service, and the Islamic State’s magazine quoted some of his comments.

“One thing is clear, if Damascus falls, the dreaded black and white flag of ISIS will fly over Damascus,” Black is quoted as saying. “Within a period of months after the fall of Damascus, Jordan will fall and Lebanon will fall. . . . I think you will automatically see a beginning of a historic push of Islam towards Europe, and I think, ultimately, Europe will be conquered.”

Black said he was surprised to learn that he turned up in the magazine, which billed him as “The American Crusader.” But he took his inclusion as proof that he knows what he is talking about when it comes to the Islamic State.

“The quote that ISIS has selected for its magazine demonstrates that I’m right on point, that I understand their strategy clearly, and really, it shows that they agree with what I’ve said,” he said. “I don’t think that they would publish that quote if they disagreed with the content.”