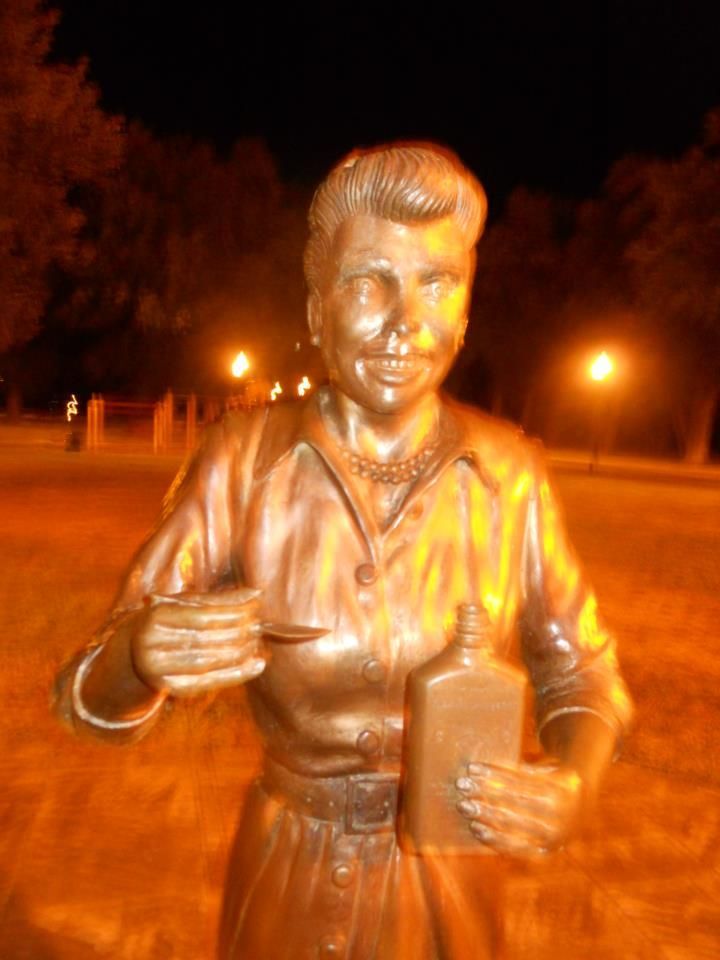 “I think it looks like a monster. That is just my opinion,” the man behind a Facebook campaign calling for the life-size bronze statue of Ball, which was unveiled in a local park in 2009, to be replaced told Yahoo News. “When you see it at night, it is frightening.”

Intended as a tribute to Ball, the statue has instead become a local lightning rod that according to the Buffalo News “reopened a political rift in the community that stretches back at least a decade.”

Celoron Mayor Scott Schrecengost told the Jamestown Post-Journal that to recast the privately commissioned statue, the face of which bears little resemblance to the legendary comedienne’s, would cost between $8,000 and $10,000.

“We’re not going to spend taxpayer funds to get the statue replaced or repaired,” he said.

Schrencegost told the Buffalo News that the local artist who created the Lucy statue has said no to his requests to make it more Lucy-like at no cost to the town.

“If he’s the artist and the sculptor, you would think he would take some pride in his work and say, ‘Yeah, that’s probably not up to par and I should make it right,’ ” Schrecengost said. “But his last statement to me was, ‘If nobody likes it and we don’t like it, just take it down and put it in storage.’”