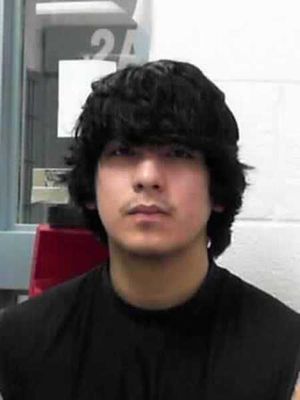 A 20-year-old Illinois man is facing a felony kidnapping charge after police say he drove for more than nine hours to abduct a West Virginia girl he’d never actually met.

The Raleigh County (W.Va.) sheriff said Friday that it appears the two only ever interacted via social media.

“He became so enamored with her that he took her away with him,” Sheriff Steve Tanner said. “It was more of a social media romance than a kidnapping.

“We didn’t have a stranger abduction. He took advantage of a young girl and now he’s facing charges for that.”

Jesus Guajardo Jr. is accused of kidnapping a student from her high school in Shady Spring on March 12. He was booked into jail on April 1.

Guajardo went to Shady Spring High School and picked up a student and took her to Chicago on March 12, according to the criminal complaint.

According to the complaint, the kidnapped student used another student’s cellphone to call an unknown number.

Police say the number was Guajardo’s. Illinois authorities were called and they went to check Guajardo’s home, where they found the missing student.

Cody Neff writes for the Register-Herald in Beckley, W. Va.