Online dating’s age wars: Inside Tinder and eHarmony’s fight for our love lives 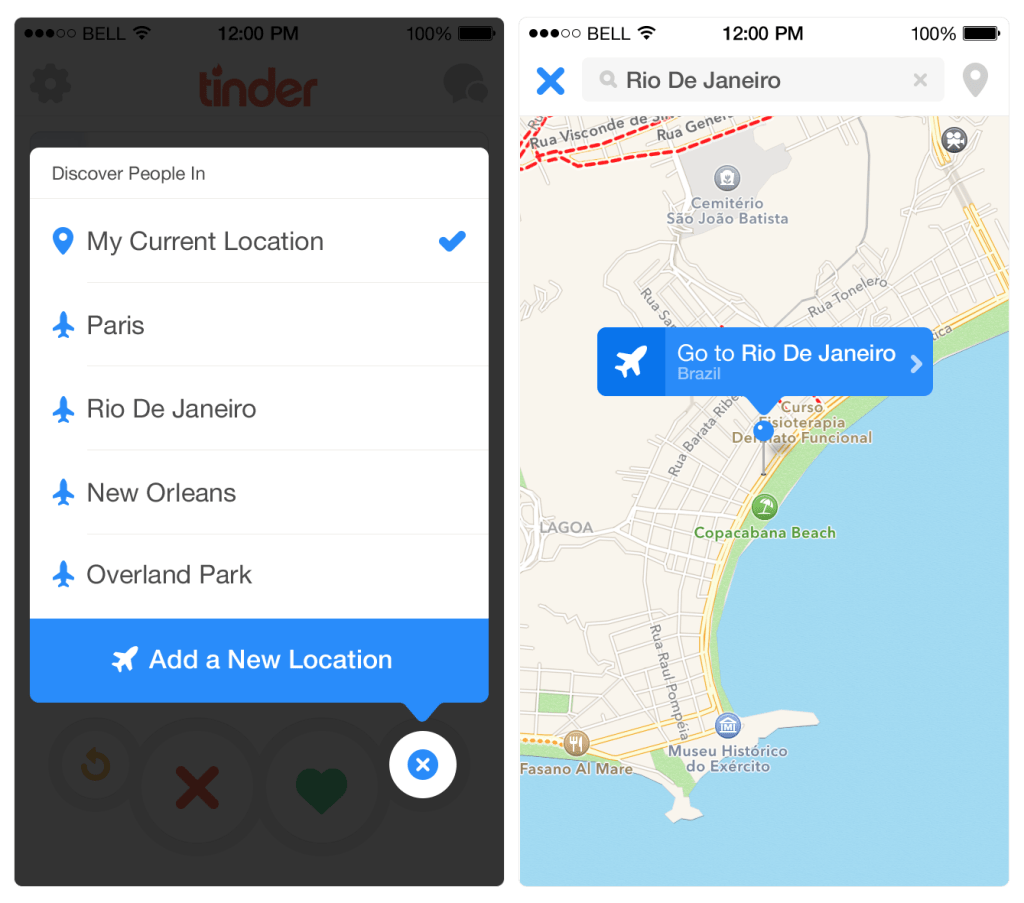 Meanwhile, over at Tinder’s less-youthful rival eHarmony, a recent ad saw its 80-year-old founder counseling a single woman besieged by bridesmaid’s invitations to take some time (and, of course, the site’s 200-question compatibility quiz) to find that special someone: “Beth, do you want fast or forever?”

Both companies are dominant forces in America’s $2.2 billion online-dating industry, which in the last few years has quickly become a bedrock of the American love life. One in 10 adults now average more than an hour every day on a dating site or app, Nielsen data show.

Yet for all their growth, the companies have staggeringly different ideas of how American daters can find their match — and how to best serve different generations. With the industry expected to grow by another $100 million every year through 2019, analysts say the dating game is increasingly becoming a battle of the ages, with both sides hoping their age-based gambles yield the most profit from those looking for love.

It’s not clear that the young and perky are the best market for corporate matchmakers. Two-thirds of the singles and fling-seekers in America’s online-dating market are older than 34, IBISWorld data show. Pew Research surveys show 45-to-54-year-olds in America are just as likely to date online as 18-to-24 year olds, either because they’re divorced or far from the easier dating scenes of college campuses and first jobs.

Tinder shook up the dating world, known for its long personality quizzes and profile-based matchmaking, with its ego-boosting, hook-up-friendly, mobile flirting app: Two daters are presented with each other’s photos, and if (and only if) they both like what they see and swipe right, the service hooks them up with a chat box, where the daters can take it from there.

After taking off on college campuses, Tinder now boasts 26 million matches a day, and its leaders have invested heavily in maintaining its reputation as a hook-up haven for young people. When Tinder last month rolled out its Tinder Plus upgrade, the service said it would charge singles over the age of 30 twice as much for the premium service, about $20 a month.

But eHarmony has doubled down on its outreach to older, love-serious singles, preaching anew its “29 dimensions of compatibility” that they say have led to more than a million marriages nationwide. The service has spent more than $1 billion in advertising in recent years, largely on TV ads for older audiences far removed from Tinder’s dating pool.

“The Tinder thing is very exciting, because they’ve caught the attention of young people in America, but the only thing that’s wrong with it is what’s been wrong with dating for a thousand years. They put all their money on one variable: looks,” said eHarmony founder Neil Clark Warren, a grandfather of nine who’s been married for 56 years. “That fills me with quite a few little chills. . . . I have presided over the funerals of more marriages than any psychologist, and it is miserable.”

Surrounded by rivals like Hinge, Zoosk and Wyldfire, Tinder has nevertheless tripled its user base since the start of 2014 and now reaches more than 3 percent of all active American cell-phone users, an analysis from 7Park Data shows. It’s also become increasingly addictive: The average user checked the app 11 times a day, seven minutes at a time, the firm said in 2013. Tinder representatives did not return messages.

It is one of several dating sites in InterActiveCorp., the monolithic New York media conglomerate, which also owns Match.com, OKCupid and a heap of shallower dating pools, including GenXPeopleMeet.com, DivorcedPeopleMeet.com and LittlePeopleMeet.com. Match alone has more than 2 million daters across North America, a third of whom are over the age of 50.

But Tinder, with its youthful grip on mobile dating, is increasingly becoming one of the firm’s hottest commodities: A standalone Tinder would be worth about $1.6 billion, analysts from JMP Securities said last week, who added that Tinder Plus could bring the firm more than $121 million in subscriptions next year.

“Where we’re headed in the overall dating world is a much more visual, faster, ‘gamification’ of dating, versus the profile matching of places like eHarmony,” said Kerry Rice, a senior analyst at Needham & Co. “Maybe it’s a gimmick, but it’s something that’s fun, that’s enjoyable, that doesn’t have that sort of weight that the former profile-focused matching sites had.”

Like many Web startups, Tinder (motto: “It’s like real life, but better.”) has struggled to make money off its swelling audience. Its first big ad campaign, with Bud Light, was perhaps emblematic of what it can offer millennial-aimed companies: It will allow, as Tinder’s vice president of advertising Brian Norgard told Techcrunch, the dating app to “give that data back to our brands in a really valuable way.”

But Tinder’s Plus pricing has also led to blowback for what skeptics called the service’s ageist ways: “I’m not desperate enough to keep using Tinder now that I know it considers me a dried up old hag,” wrote Dani Burlison, a 41-year-old single mother, in Wired. “The young ‘uns can have it.”

The company defended the pricing structure as aimed at accommodating younger “budget-constrained” daters, but analysts have questioned just how many singles will pay up to find an online match. In a February note to clients, Morgan Stanley analysts said the honeymoon period for Tinder’s “casual dating” wouldn’t last for long.

“There are limits to the percentage of single people who will become active Tinder users and repeating ‘casual daters,'” Morgan Stanley analysts said in a February note to clients. “And in our view, Tinder is reaching those limits.”

EHarmony has not shied away from its reputation as an overbearing matchmaker, slow but comprehensive, with long-term interests at heart. Last year, the firm rolled out a live-matchmaker service, eH+, that cost $5,000, and the firm has invested in sites shifting its algorithm to other adult arenas, as in looking for the right job.

But the site that brands itself as “a different kind of relationship company” has seen its own challenges. Analysts last year estimated eHarmony’s revenue had slowed to a crawl, and was still half that of the Match Group’s, the mix of Tinder, Match and OKCupid that brought in more than $600 million in the U.S., company filings show.

Many market-watchers have questioned the basic premise of eHarmony and other sites, which depend on long detailed profiles and dedicated algorithms. Psychologist Dan Ariely and other researchers have argued that online dating profiles rest on a fatal flaw: They show “searchable” attributes, like job or religion, while ignoring the key details of a dater’s personality: sense of humor, conversation style, etc.

Some have argued that Tinder’s model — of love (or lust) at first swipe — is actually closer to the future of online dating not just for young singles, but for daters of all ages. Eli Finkel, a Northwestern University psychology professor who has studied online dating, has called superficiality “Tinder’s greatest asset,” arguing that the service is actually closer than profile matchmaking to that old style of dating: catching someone’s eye and, knowing nothing about their background, feeling a sense of attraction from across the room.

Making a profile by answering hundreds of questions was once a necessary move to bring legitimacy to online dating. But finding love on the Web has long been mainstream — 59 percent of Americans said online dating was a good way to meet people in 2013, up from 44 percent in 2005, Pew data show — and some analysts argue more and more adults will find love in the simpler, more visual way, by swiping on Tinder or somewhere else.

“It’s easier now to get married right than it has ever been,” said Warren, the eHarmony founder. “But if the only thing you’re looking at is whether or not the person’s looks turn you on, I worry about that.”