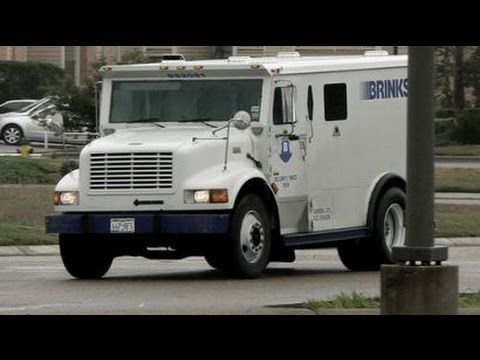 WEATHERFORD, Texas — The anti-littering slogan “Don’t Mess With Texas” was taken to a new level Wednesday when an armored truck lost a bag of money while driving through Weatherford. The incident led to a spontaneous highway clean-up by several drivers.

As a Brinks armored truck headed westbound for Abilene, Texas, the side door opened and a substantial amount of money fell out, according to the Weatherford Police Department. The money was packaged in a clear plastic bag.

Police began receiving numerous calls around 3 p.m. as drivers had begun stopping along the highway to grab the loose money causing traffic to back up along Interstate-20.

According to authorities, the majority of the money has not been recovered. They are asking for the unidentified drivers who picked up the loose cash to return it.

“We strongly encourage those individuals to come forward and turn the money back in to the Weatherford Police Department,” WPD officials stated. “Weatherford police would like to remind everyone that the loose money is property of Brinks Armored Car Service. Weatherford police will investigate and potentially prosecute any individual that has picked up any of the loose money and not returned it to either Brinks or the police department.”

This not the first time a Brinks truck has lost valuable cargo. Last week, a 57-year-old Salt Lake City man received a $5,000 reward after he returned a bag of money that fell from a Brinks armored truck in Utah.

Engineer Dan Kennedy said he was on his way to work when he saw a bag he described as weighing at least 50 pounds fall from the truck.

After Kennedy stopped and picked it up what looked like a garbage bag, which he assumed contained receipts, he realized it contained cash, according to news accounts.

The company said all the money was returned. The total amount he returned was unclear, though Kennedy said a small bag of money inside contained about $22,000.