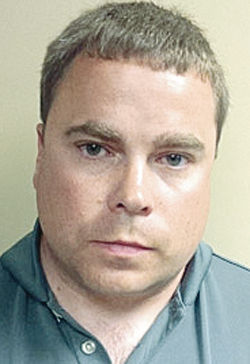 WILLIAMSPORT, Pa. — A former director of a Boy Scout camp in Pennsylvania will serve less than two years in the Lycoming County Prison and remain under supervision for eight years after sharing child pornography on the Internet.

Lycoming County Judge Nancy L. Butts sentenced Matthew Manning, 39, of Hughesville, Pennsylvania who is also a former science teacher in the Muncy, Pennsylvania Area School District, to one year minus a day to two years minus a day in prison Thursday.

He must also perform 250 hours of community service, undergo counseling and be registered as a sex offender for the rest of his life.

“I realize what I did was wrong,” Manning told the judge.

Several character witnesses testified that Manning’s arrest was a shock but that they would still trust him with their children.

Manning fits the definition of a pedophile, testified John Kelsey, a licensed psychologist who evaluated him in October.

Manning was arrested last June at Camp Karoondinha, a Boy Scout camp near Weikert, Pennsylvania, where he served as director.

Manning received credit for the jail time he’s served since January 16, when he pleaded guilty to 10 counts of sexual abuse of children. The charges are related to the Internet files, not local children, the judge pointed out.

Manning’s attorney, George E. Lepley Jr., asked the court to give his client a county prison sentence, because, he said, Manning could be victimized in state prison.

This story first appeared in The Daily Item