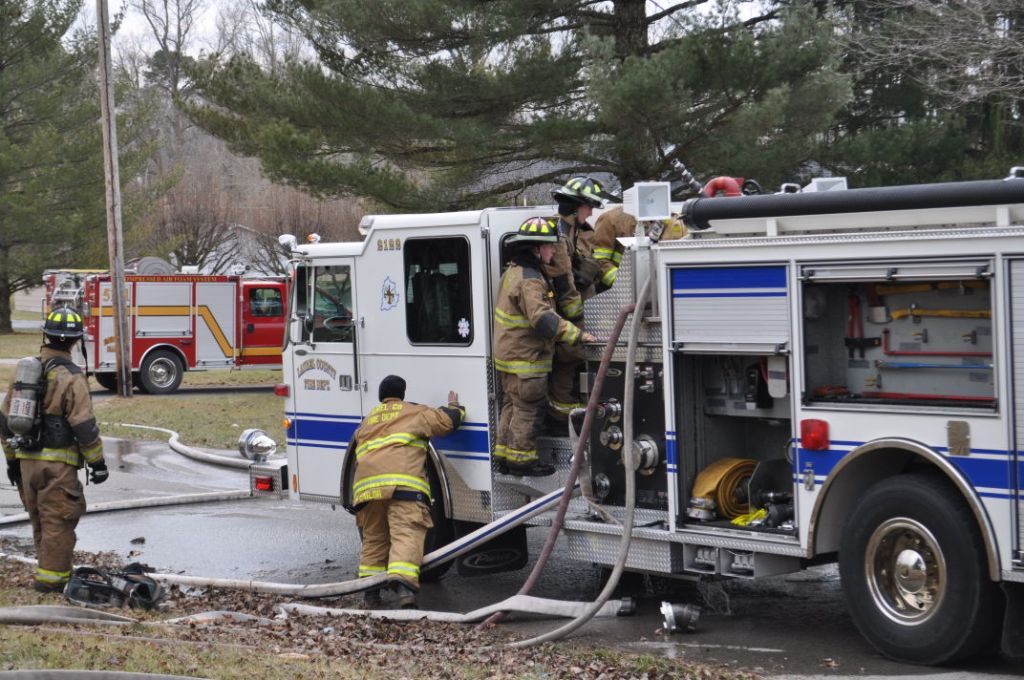 Three firefighters in London, Kentucky, are feeling heat of a different kind — in the form of a lawsuit filed against them alleging that their reckless behavior led to a boy receiving a permanent eye injury.

The suit, filed in Laurel Circuit Court by East Bernstadt resident Vickie Jones, alleges that firefighter Austin Prewitt, fire chief Rodney Gay and Lt. Trevor Allen all were negligent in an incident that resulted in the injury to her son, David Blake Jones, during the Laurel County Fire Department’s Junior Firefighter program in October 2014.

According to the lawsuit, participants in the program were spending the night at the firehouse to learn more about the life of a firefighter. During this time, Prewitt brought a CO2-powered BB gun into the building from his truck.

“The defendant, Austin Prewitt, then proceeded to shoot [Jones] with the weapon,” the civil suit reads. “In the process of shooting [Jones], Prewitt chased him upstairs. Chief Rodney Gay and Lieutenant Trevor Allen never took any action to prevent Prewitt from engaging in such reckless activity or to stop such reckless activity once it began.”

According to the London (Ky.) Sentinel-Echo, the suit alleges that Prewitt’s horseplay with the gun eventually led to him shooting Jones in the eye, “thereby causing permanent physical damage.” It seeks unspecified damages for future medical expenses and also argues that Jones will not be able to work in certain fields due to the injury, thus entitling him to further compensation.

Messages seeking comment left for Jones’ lawyer, Bryan K. Sergent, as well as Gay, Allen and other members of the Laurel County Fire Department, were unreturned as of Tuesday morning.

The London (Ky.) Sentinel-Echo contributed to this story.