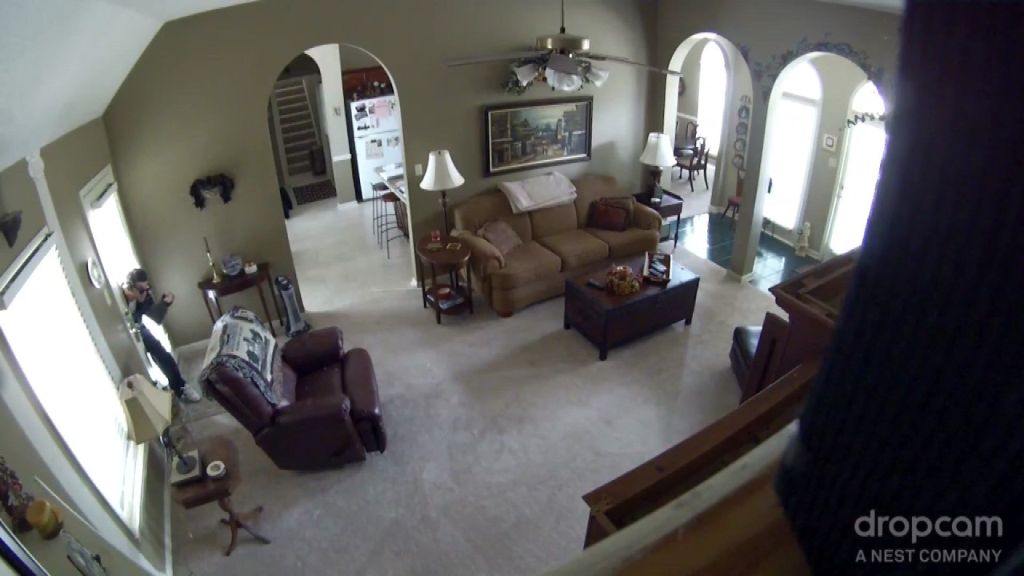 A Tennessee couple’s smart use of social media led to the recognition of an intruder after they shared the footage with thousands online.

In efforts to keep a protective eye on their property, the couple installed multiple DropCam cameras throughout their Memphis home.

Created by innovative home-tech company Nest, DropCam cameras offer users the options of video monitoring via a Wi-Fi connection and Cloud Recording, which allows users the opportunity to check the camera’s feed on a smartphone, tablet, or computer via an installed app, according to the product’s website.

Footage taken in the family’s home shows a man entering through a side door and making his way through the living room area. The man was also caught on camera carrying a water container filled with pocket change before he exited the home through another door near the home’s kitchen.

“Everybody works for a living to get what they want. Somebody just comes in an trashes it or just takes it. That’s what burns me up,” neighbor Matt Oatsvall told MS News Now.

After accessing the footage, the couple got proactive, posting video of the break in and screenshots of the intruder to various social media sites, including Nextdoor.com. The private social media site allows users to interact with their neighbors in efforts to promote neighborhood unity, awareness and safety.

Following the posts, someone recognized the intruder and called police. Memphis Police Department officials have not released the name of the family or the intruder as the investigation continues.