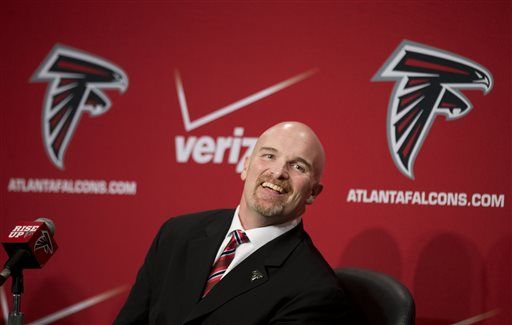 In this Feb. 3, 2015, file photo, Dan Quinn smiles as a reporter asks a question during a news conference introducing him as the new head coach of the Atlanta Falcons NFL football team in Flowery Branch, Ga. Dan Quinn isn’t just getting to know his players. Quinn is also learning what it means to be an NFL head coach for the first time as the Atlanta Falcons begin offseason workouts. (AP Photo/John Bazemore, File)