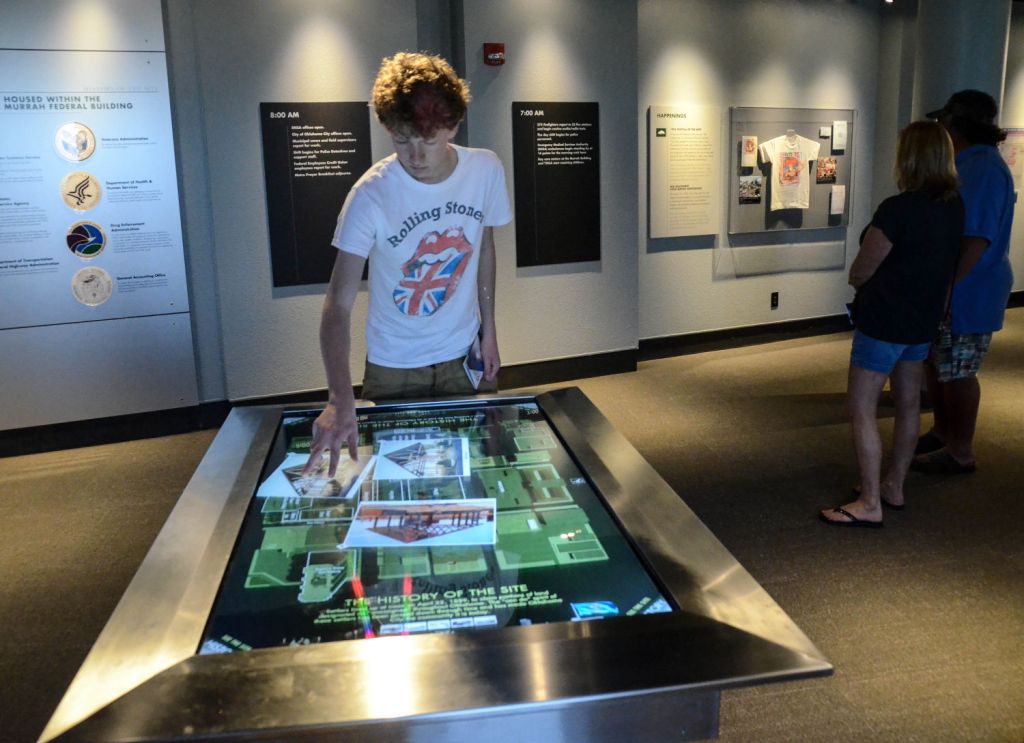 Her sister, Dr. Margaret “Peggy” Clark, wasn’t even supposed to be at the Alfred P. Murrah Federal Building that morning.

But Clark, a 42-year-old veterinarian with the U.S. Department of Agriculture, had forgotten an item she needed for a presentation.

She stopped by the office just before Timothy McVeigh detonated a bomb, killing 168.

Clark died in the explosion, leaving three daughters, the youngest of whom was 6 years old.

Now, two decades later, her children have children of their own. Winchester aspires to share with them the story of her sister’s life.

“This is one way they’ll get to know the grandmother they never got to meet,” she said.

It’s something that Winchester, a Chickasha, Okla., resident, works at on a broad scale. As a chairwoman of the Oklahoma City National Memorial and Museum’s trustees, she hopes to ensure that the lives of her sister and 167 others aren’t soon forgotten.

Families of those killed, survivors and residents will gather Sunday morning at the memorial to commemorate the anniversary of the nation’s deadliest home-grown terrorist attack.

Former President Bill Clinton is expected to speak. There will be 168 seconds of silence, and the reading of the names of those killed.

It will be an act of remembrance, as well as one that ensures the wounds inflicted that day aren’t soon forgotten.

In Oklahoma City, officials estimate about half of the more than 600,000 residents weren’t alive, aren’t old enough to remember or didn’t live here when the explosion rattled the city. For those citizens, educators and museum supporters try to keep the bombing from becoming a two-dimensional entry in a history text.

But spreading the word to a new generation takes ingenuity, Winchester said.

Today’s youth grow up amid video games and crime shows like “CSI.” They like to learn through interactive methods, which the museum has added as part of a $10 million renovation, she said.

Each year 16,500 school children — mostly from Oklahoma — visit the museum and memorial.

Still more for whom a visit isn’t feasible learn about the bombing in classrooms as early as the third grade, depending upon local school curriculum.

In Tahlequah, Okla., for example, students begin learning about the bombing as early as third grade. It’s also taught in ninth grade. When they are high school juniors, they learn about the bombing as part of a “modern terrorists” unit, said school superintendent Lisa Presley.

Students spend about a day learning about the bombing through age-appropriate, interactive methods, she said.

“There’s just a lot out there on the Murrah bombing,” Presley said. “There’s a lot of video, which is interesting and brings it to life — more than the textbook does.”

Diane Walker, who teaches ninth and 10th grade history at Muskogee High School, said she tries to make lessons about the bombing “as first-person as possible.”

“I want them to visit the memorial, meet people who were involved, for them to see that for some it may be history but to others — neighbors, family members — it is their life, not a history,” said Walker.

Muskogee students learn about the bombing in ninth grade. Because of Muskogee’s concentration of federal offices, parents of some of Walker’s students were involved in clean-up efforts or knew people affected by the bombing.

“I have those parents write letters about their thoughts and feelings about the bombing and memorial, which I read aloud to my class, and we discuss this, as well,” she said. “My class takes a yearly trip to the memorial, where we go through the museum, the grounds, and listen to a first-person talk.

About 200 Muskogee ninth-graders are among 10,000 children across the world who learn about the bombing through the “Hope Trunk.”

Museum staff filled the traveling trunk with memorabilia from the memorial’s fence, artifacts from the Murrah building, books and lesson plans.

The trunk has traveled as far away as Japan.

“By using the Hope Trunk, where students can touch stone from the building, read personal messages left on the fence — it makes it more personal and therefore more real to students,” Walker said.