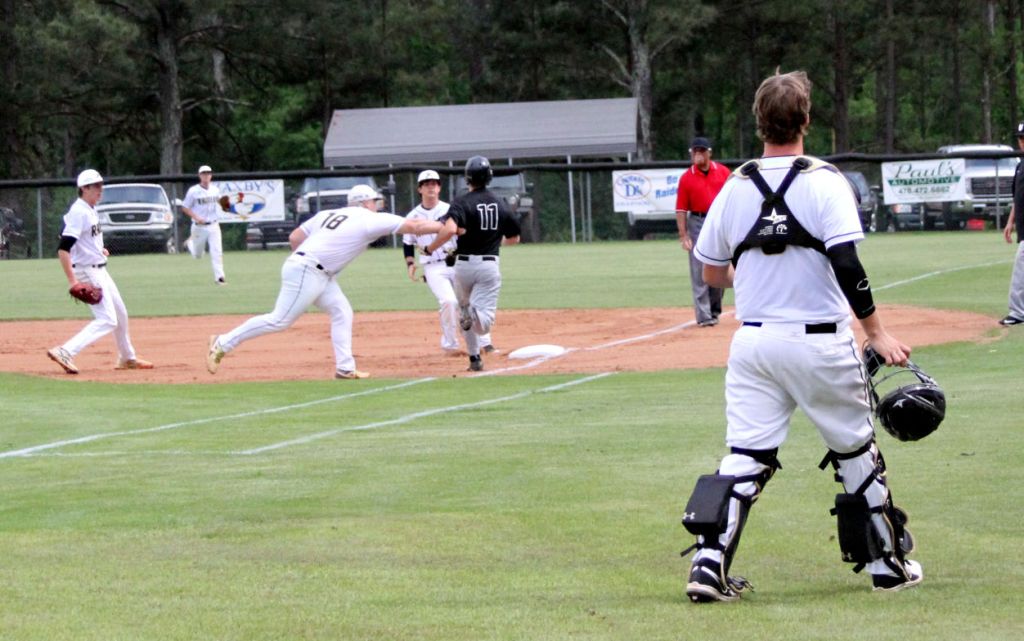 AMERICUS – The Southland Academy Raiders baseball team hosted the Valwood Valiants on April 14 in Americus. The Raiders dropped an 0-3 decision in the region 1-AAA contest, leaving them with a 5-3 region record on the season. The team’s overall record is currently 7-5.

The game remained scoreless through the first six innings despite strong offensive pushes from both teams. In the first inning, the Raiders managed to advance Geoffrey McDonald to third base with a sacrifice bunt by Brandon Looney, but never had the opportunity to bring him home. Ryan Weaver hit a single in the second inning, but the Valiants prevented him from advancing before the Raiders returned to the field.

The Valiants put a man on second in the fourth inning, but the Raiders’ tough defense kept him from advancing any further. Hoyt Gurley hit a single in the bottom of the frame and was relieved by courtesy runner, George Wall, who advanced to second on a Weaver single. The Raiders’ hopes to pull ahead in the frame were dashed when Valwood’s pitcher struck out the home team’s next batter.

A Valwood runner managed to make it to second base on a wild pitch in the sixth inning, but McDonald, pitching for the Raiders, struck out the next three batters to prevent him from going any further.

The Valiants turned the game around in the top of the seventh, however, with their first batter advancing to first base on a wild pitch. The next batter attempted a sacrifice bunt, which popped up and was easily caught. A Valwood batter then knocked a hard shot to the left-field gap, leaving runners on second and third. Valwood slugger, Maysoe Wiley then stepped up to the plate and smashed another double deep into centerfield, bringing in two RBIs. Wiley then managed to steal third before the next batter walked and another advanced on a wild pitch to load the bases.

Looney was called in at this point to relieve McDonald on the mound. Facing his first batter, Looney threw a pitch that sailed errant, allowing Wiley to come home and score the Valiants’ final run.

Looney then proceeded to strike out two more batters, allowing the Raiders to return to the dugout.

After the Raiders’ first batter was picked off at first, Weaver drew a walk before advancing to second on a Taylor Weldon grounder into right field. As the Raiders began to poise for a comeback, the Valiants’ pitcher, Tyler Richards, turned up the heat and struck out the final two batters, sealing the Raiders’ 0-3 defeat.

The Raiders return to the diamond on April 17, facing Deerfield-Windsor in Albany. They will continue region competition on April 24, facing Tiftarea Academy in Americus.