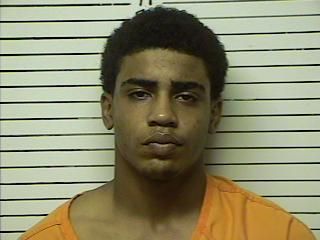 Teen gets life for ‘thrill killing’ of Australian baseball player

DUNCAN, Okla. – An Oklahoma teenager has been convicted in the random drive-by killing of an Australian baseball player out for a jog while visiting his girlfriend in this small oil country community.

It took the jury less than two hours Friday to return a guilty verdict of first-degree murder against Chancey Luna, 17, for the death of Christopher Lane, 22, shot with a single bullet in the back on Aug. 16, 2013, as he ran along the perimeter of a golf course.

Luna was immediately sentenced to life in prison without possibility of parole. Prosecutors said they could not seek the death penalty because Luna was 16 and a juvenile at the time. He was tried in adult court.

Lane’s murder received widespread publicity in the U.S. and Australia because of the circumstances of the shooting. Authorities said three bored teens spotted Lane jogging and decided to shoot him for the thrill of it as they drove by in a Ford Focus on Country Club Road.

Investigators determined Luna fired the fatal shot from the back seat of the car. His attorney claimed Luna was only trying to scare the jogger and not intentionally kill him.

The  driver , Michael Jones, 19, previously pleaded guilty to second-degree murder and was sentenced to life in prison with the possibility of parole in 38 years.

James Edwards, Jr., 17, the third occupant of the car, testified at the trial as part of a plea deal that reduced the charge against him from second-degree murder to being an accessory to the slaying. He awaits sentencing.

Lane, a native of Melbourne, Australia, attended  East Central University in Ada, Okla.,  on a baseball scholarship.  He was in Duncan to visit his girlfriend, Sarah Harper, who testified at the trial.

Assistant District Attorney Cortnie Siess told the jury  Luna deliberately shot Lane with the intent of killing him. She said the single .22-caliber shot struck the left side of his back and went through his aorta before lodging in his collar bone.

“It was a perfectly aimed shot,” said Siess.

Donna Lane, the victim’s mother, wept in the courtroom upon the announcement of the verdict. She told reporters afterwards she was thankful for the outcome because “he’s never going to do this to any other family.”

Aerial view of ex-USS Independence at anchor in San Francisco Bay, California, January 1951. There is visible damage from the atomic bomb... read more