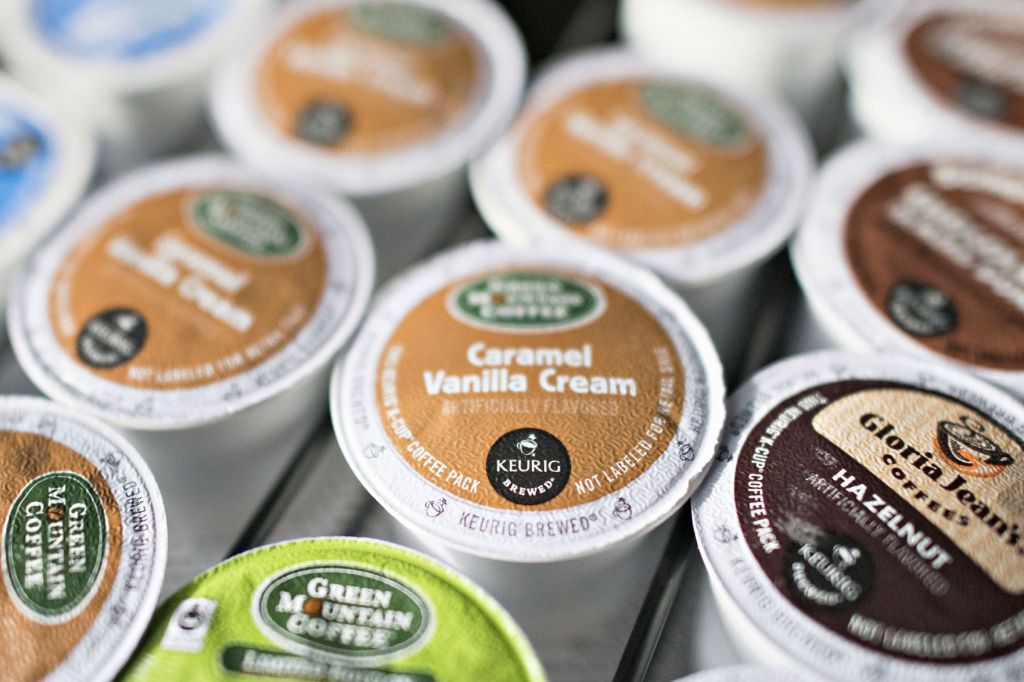 NEW YORK – Call it the most-disruptive development in the business since Starbucks Corp. began the coffee-shop boom in the late 1980s. It might even be the biggest thing since Luigi Bezzera patented the espresso machine in 1901.

Either way, single-serve brewing machines popularized by Keurig Green Mountain Inc. are now used by more than one in four Americans and are altering the way coffee is consumed. Almost every brand, from Folgers to Dunkin’ Donuts, is sold in disposable 2-inch-by-2-inch plastic pods that yield just one serving. They’re more efficient than drip-brewing pots capable of making 10 cups, some of which isn’t consumed and gets dumped.

While Americans still drink more coffee than any beverage except water, expanded use of single-serve machines has slowed demand growth for a $52 billion market in the United States, the world’s biggest consumer. That’s hurt sales at a time when ample inventories of the commodity have sent prices tumbling.

“The coffee market has lost its best consumer: the kitchen sink,” said Hernando de la Roche, a senior vice president at INTL FCStone Inc. in Miami. “Roasters are telling us that single-cup coffee has been reducing demand.”

Consumption growth in the 12 months through September probably will slow to 1.8 percent in the U.S. and Canada, down from a 4 percent gain a year earlier, said Kona Haque, head of commodities research at ED&F Man in London.

“There has been volume erosion in the overall coffee category,” said John Boyle, chief operating officer at Portsmouth, Virginia-based Massimo Zanetti Beverage Group USA, which makes Hills Bros., Chock full o’Nuts and Kauai coffees. “It is clear that the development of the single serve business over the past years has had a definite impact on volumetric consumption of retail coffee,” he said in an e-mail.

About 27 percent of consumers own single-serve brewers, the most ever, the New York-based National Coffee Association estimates, based on survey data. An additional 12 percent of respondents said they have “definite” or “probable” plans to buy the machines.

Waterbury, Vermont-based Keurig Green Mountain, which estimates 20 million of its brewers are in use across the U.S., says spending on coffee per buyer is up more than any other beverage since 2010, and that its brewed packs are up more than three times as much as energy drinks.

Single-cup pods account for 12 percent of coffee sold by U.S. retailers, but they represent 36 percent of total sales, according to data from IRI, a Chicago-based researcher. That’s because they cost more per pound than beans or grounds.

The product has drawn criticism from environmental groups because the plastic packs and used grounds end up in landfills and can’t be recycled. Keurig estimates 9.8 billion K-Cup packs were sold in the year ended Sept. 27, up 13 percent. In a statement on its website, the company said it is “committed to making 100 percent of all K-Cup packs recyclable by 2020.”

By some measures, coffee demand is dropping. Sales at supermarkets, drug stores and other retail outlets, excluding restaurants and coffee houses, fell 1.4 percent in the 52 weeks through March 22, IRI estimates. Except for single-serve, sales declined in every category, from ground and instant coffees to whole beans, the data show.

The percentage of Americans who drink coffee daily fell in the 12 months through March to 59 percent from 63 percent two years earlier, according to an annual survey conducted by the National Coffee Association.

A demand slowdown in the biggest consuming country comes as rains improve the production outlook in Brazil, the largest grower and exporter, after two seasons of sub-par production that included an unprecedented drought in 2014. Arabica coffee tumbled 15 percent this year through Wednesday to $1.415 a pound on ICE Futures U.S. in New York, even before Brazilian farmers start harvesting the crop in May.

Volcafe, the coffee unit of ED&F Man, said in February that Brazil will boost output this year to 49.5 million bags from 47 million in 2014. A bag weighs 60 kilograms, or 132 pounds.

“The penetration of single-serve coffee in the U.S., predominantly K-cups, has had a significant long-term impact on consumption,” Ross Colbert, a New York-based global beverage strategist at Rabobank International, said in a telephone interview. “Adopting K-cups adds convenience, but at the same time, given the value, consumers are more disciplined about their usage pattern.”

The industry hasn’t seen such a disruptive development since Starbucks began its expansion almost three decades ago, helping to popularize the sale of high-end coffees and teas globally, said Ric Rhinehart, executive director of the Specialty Coffee Association of America in Santa Ana, California.

Seattle-based Starbucks went from 33 stores in just a few cities in 1988 to more than 20,000 last year across the globe, data on the company’s website show. Starbucks offered its first K-cup packs in 2011.

Before Starbucks made it cool to spend almost $5 on a Caramel Macchiato, the biggest influences on coffee demand were the Mr. Coffee percolator that baseball icon Joe DiMaggio pitched in television commercials in the 1970s, Rhinehart said.

Single serve has been the next big thing, and it “really took off in the past five years with Keurig,” he said. “I expect the category to continue growing, although at a slower pace.”