Ga. city to fly flag at half-staff to support veteran who took American flag from protesters 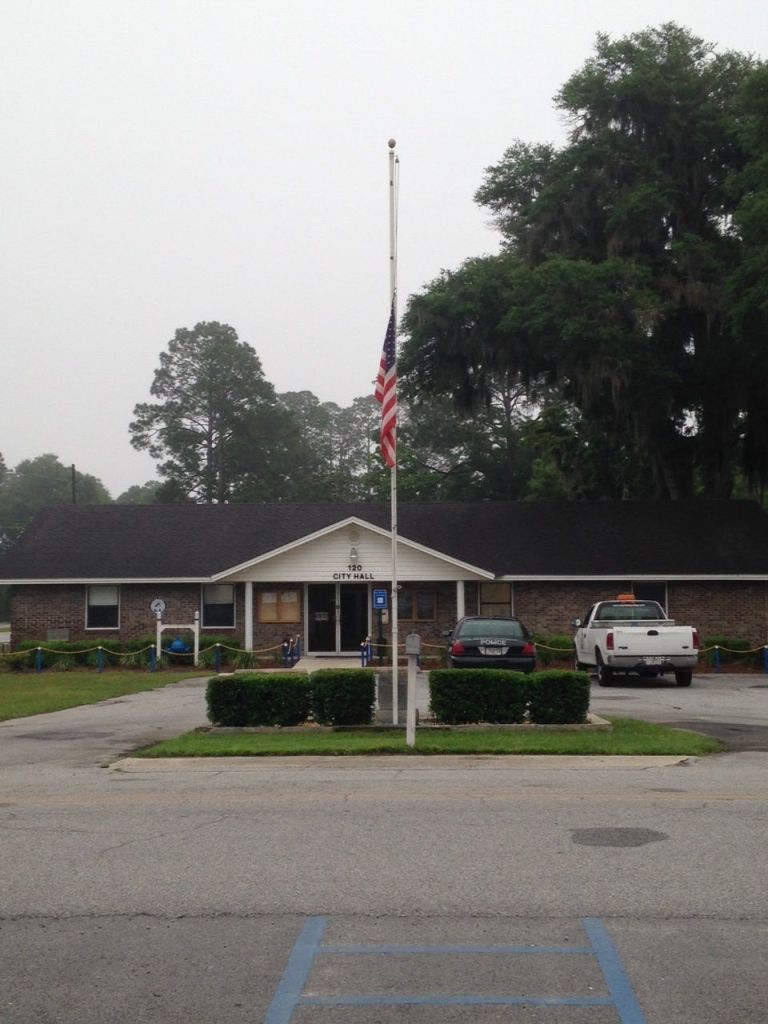 LAKE PARK. Ga — Starting Monday, the American flag outside Lake Park City Hall will be flown at half-mast “as a display of mourning” for the flag at the center of the controversy that erupted Friday on the campus of nearby Valdosta State University.

Air Force veteran Michelle Manhart was banned from VSU Friday after taking an American flag from a group of demonstrators who were walking on it.

“We’re appalled about what happened at VSU, and we think it took a lot of guts for what Michelle (Manhart) did, and people have to realize what that flag stands for, and what was sacrificed for that flag,” said Lake Park mayor Eric Schindler. “We’re going to show our solidarity and make it known.”

Manhart was detained but not arrested by VSU police after she took the flag from the unidentified group of protesters. She said taking the flag was a spontaneous decision made after witnessing the demonstration, which one protestor told the Valdosta Daily Times was being held as a show of defiance of “his slavemaster.”

“I did not want anything like this, but I got a call from a student who told me that the flag was on the ground, and they were walking on it,” Manhart said. “I was just going over there to pick up the flag off the ground. I don’t know what their cause is, but I went to pick it up because it doesn’t deserve to be on the ground.”

“It is very frustrating to see such acts occurring at our own state university and we are appalled,” Schindler said in statement issued Monday.

Schindler said Lake Park will fly the American flag at half-staff from Monday through Wednesday and asks “that all cities and businesses in Lowndes County join us in this endeavor.”

Manhart said she is organizing her own demonstration to show support for the military and the flag. She also said she would like a letter of apology from the group and to take possession of the trampled flag in order to dispose of it properly.

The Valdosta (Ga.) Daily Times contributed to this story.