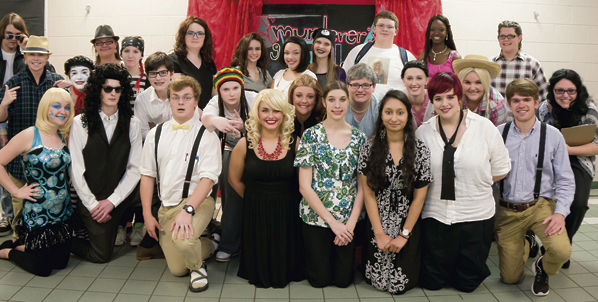 On March 26, the Schley County community was again entertained with a murder mystery presented by the Schley County High School drama class.The title of the hilarious show, written by the students themselves, was ‘A Murderer’s Got Talent,’ loosely based on the hit TV show, ‘America’s Got Talent.’ It was standing-room only, and the crowd was treated to a funny show and some great food, provided by some supportive parents. The class and Director Patti Wurtz thank everyone who attended. Some wonderful memories were made, and a good profit from ticket sales will help the budget for the class. Plans are already being made for next year’s show.